Not too long after an extensive leak gave us our first glimpse at the HTC Desire 620, it has been unveiled in Taiwan alongside the Desire 620G. Both these dual SIM handsets appear to be the same from the exterior, but there are a few differences in their interior which set them apart.

While the HTC Desire 620 is powered by a 64-bit Snapdragon 410 chipset with LTE support, the 620G model houses a MediaTek MTK MT6592 SoC with 3G compatibility. And while the former can have an expanded storage capacity of 128GB, the latter will have to make do with 32GB. 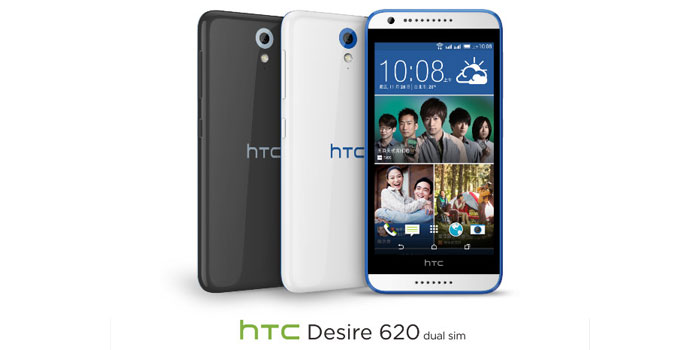 This HTC phone ships with a 5-inch display which showcases its visuals in 720p HD. As had been revealed by a recent leak, the device’s processing is backed by 1GB of RAM, while its stock storage memory has been kept tied at 8GB. There’s a 2100mAh battery which goes inside the handset as well.

Both the 620 and 620G variants feature an 8MP main camera with 1080p video support and a 5MP front-facing unit on their bodies. The Taiwanese company has even blessed the phones with the Eye Experience software suite for enhancing their camera attributes. 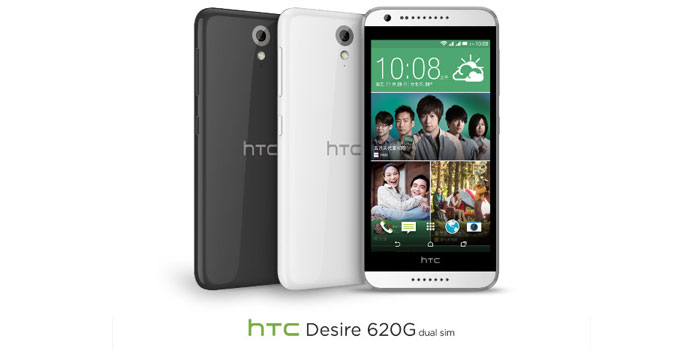