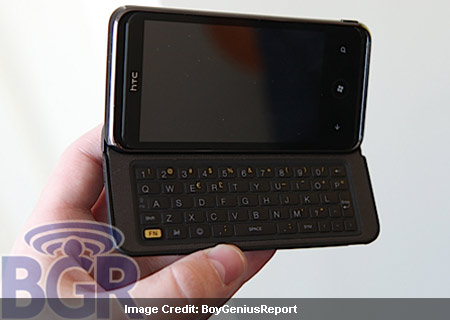 Although several Windows Phone 7 devices have already gone up for pre-order, there has been no such news about the HTC 7 Pro. However, there have been rumors that the handset may initially go live on pre-order for Microsoft employees. Apparently it seems as if BoyGeniusReport has approached Sprint to confirm if this smartphone is actually coming out on November 8, 2010.

The folks at BGR state that previously HTC had publicly made an announcement pertaining to the release of the device by sometime in 2011. Supposedly it is said that the working model of the handset was not available at the Windows Phone 7 launch, which leverages the possibility of the smartphone being launched next year. Thus, a lot of confusion rests like haze over the pricing and availability details of the HTC 7 Pro.