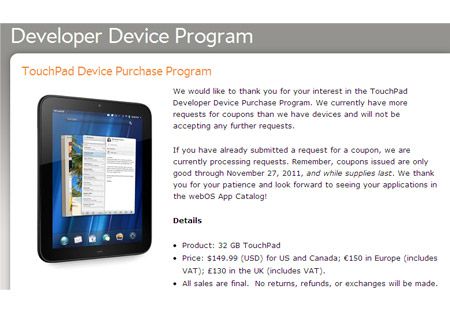 In a bid to attract developers towards the webOS platform, the HP TouchPad Device Purchase Program is now offering the tablet at $149.99. As per this program, registered developers in Europe, Canada and the U.S. will be given an opportunity to acquire a Touchpad or two at a discounted rate.

The developers participating in this scheme will be entitled to get a 32GB version of the tablet for a fixed amount of time and until stocks last. According to the official HP webOS Developer Center page, interested developers can request for up to two TouchPads that will be accompanied by the discounted price tag, although the exact number of slates available have not been revealed. 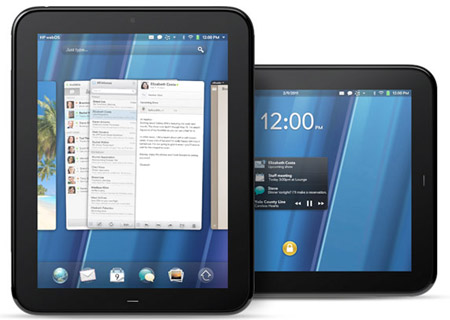 The current position of the Touchpad and its future is somewhat unclear, because while the company had declared its plans to cease manufacturing the tablet, it has now launched this scheme to get developers interested. A somewhat similar plan of action called the Device Loaner program had been revealed by HP previously, wherein qualified developers in Canada and the U.S. were allowed to get the 32GB Wi-Fi version of the tablet for a period of 60 days without any charges.

The web OS Developer Center page states that registered developers who wish to take part in this HP TouchPad Device Purchase Program would be required to submit their requests before November 18th. Once the request is accepted, developers will receive a coupon which has to be redeemed before November 27th. It’s £130 for the tablet in the UK and €150 in Europe.