The HP Slate 6 VoiceTab II has just made its way into the Indian market, equipped with a 6-inch display as the number in its name suggests and a price tag that reads Rs 15990. This dual SIM Android smartphone benefits from a quad core processor and an 8MP rear camera, among other mid-range attributes.

Acting as a sequel to the HP Slate 6 VoiceTab which was launched in January this year, this device keeps a number of its components unchanged. There’s a slight alteration in the design department however, with the attractive textured rear surface having been swapped for a bland smooth one. 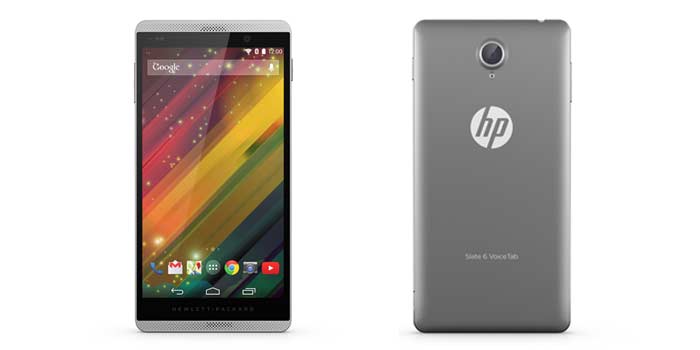 But the 6-inch 720p HD display as well as the 1.2GHz quad core processor sitting atop the Marvell PXA1088 chipset are familiar to those who know its predecessor. This HP slab runs the Android 4.4 KitKat OS, but no mention has been made about a possible push to the 5.0 Lollipop version in the future.

1GB worth of RAM and 16GB worth of expandable storage have been gifted to this device, apart from a 3000mAh battery. Furthermore, the imaging duties of the Slate 6 VoiceTab II are taken care of by an 8MP rear snapper and a 2MP front one.

Here’s a shot glance at the specs of the HP Slate 6 VoiceTab II:

If you’re interested in spending Rs 15990 to buy for yourself the new HP Slate 6 VoiceTab II, you can head over to the company’s official store right now to place your order for it.