Hewlett-Packard and Michael Bastian have taken the wraps off the HP MB Chronowing, a designer smartwatch which will be sold through online retailer Gilt for a price of $350. Now imagine a device so gorgeous that you don’t mind it being a watered down version of what we’ve come to expect from a smartwatch, and the HP alternative is not it.

It’s a matter of opinion of course, but the Chronowing does not appear spectacular enough to allow it to make a halfhearted stab at being a smartwatch. HP seems to be dithering on the edge of jumping into the game with this one. The device comes with brown leather, black rubber or olive green nylon straps and a rather rough-looking finish on its rear casing. 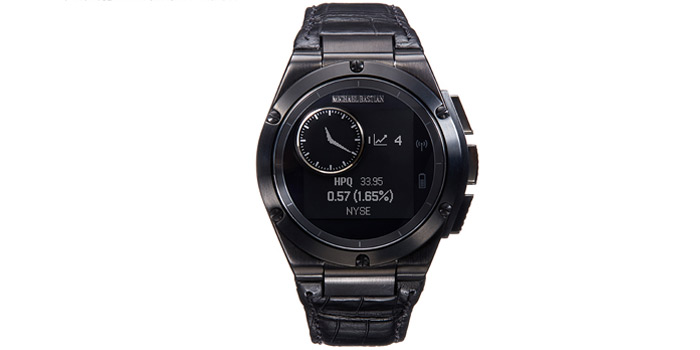 Flaunting a stainless steel body, the HP smartwatch is clearly targeted at the male population. It’s got a round face which doesn’t try to be remotely minimalist like the Moto 360, in terms of design. The wearable offers 10 simple functions at your fingertips in order to let you check emails, appointments, sport scores, stock updates and text messages amongst other things.

The MB Chronowing does not have a touchscreen, but makes do with physical buttons instead. It doesn’t even bother with a fitness tracker, heart rate monitor or mic. Showing off a profile that’s just 44mm thin and delivering almost one week of battery life, it connects to the iPhone 4S or later versions of the Apple smartphone as well as Android 4.3 or higher devices. 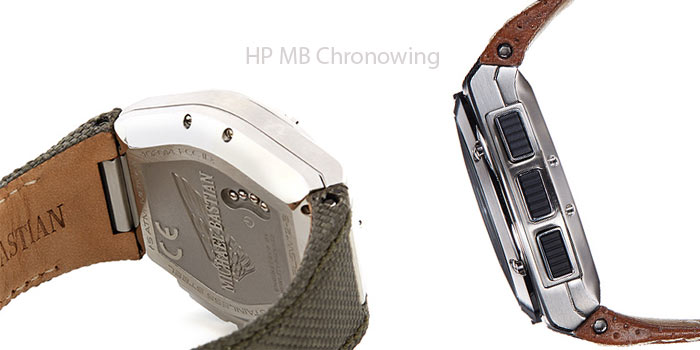 HP and Michael Bastian’s MB Chronowing will be available through Gilt starting from November 7. You’ll have to pay much more than $350 for its limited edition version with a black leather strap, PVD plating and sapphire crystal.