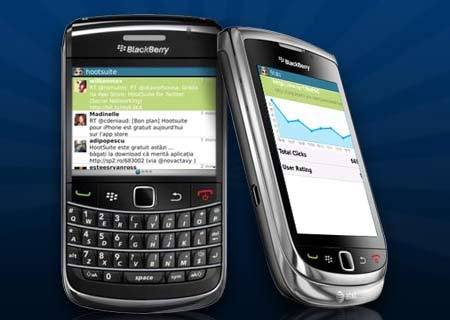 After enabling socially active users to spread messages and monitor conversations, HootSuite has got something even more interesting to keep them hooked. The company has just updated its HootSuite application for BlackBerry with LinkedIn, Foursquare, Facebook and Twitter.

Bringing in more connectivity, the freshly updated version now enables users to interact with their friends in a better way. Through the integration of LinkedIn, users can add their account or import from HootSuite web and view new updates and profiles.

By using the added Foursquare, users can comment on check-ins from their favorite amigos while Facebook will let them add pages directly from their mobile device. The latter one will also allow users to view events and search. The enhanced BlackBerry application will further allow users to add favorites from the stream or by individual messages.

Singling out recently-replied-to contacts in Compose screen along with seeing friendship status gets easier too. Not to slip by, users can even create and systematize their Twitter lists. The update further comes equipped with improved functionality and bug fixes comprising improvements to account import and increased network connection reliability.

The new HootSuite for BlackBerry can now be downloaded from the company’s official website.