Driverless cars seem to be the flavor of the season for the automobile industry and joining the bandwagon are two scientists from the Amiraj College of Engineering and Technology in Gujarat. In a short span of just 28 days, the group developed a functional self-driving vehicle that can be operated through an Android app.

The team of students under the guidance of professors Kaushal Jani and Nirav Desai, designed the Android app-controlled autonomous driving car for the college festival Dextra 2015 on a budget of only Rs 3 lakhs. Speaking to The Times of India, Jani said that the vehicle accommodates 5 passengers, has an on-screen route map display and is capable of reaching a top speed of 100km/hr.

The driverless vehicle is fitted with 18 sensors for detecting its spatial location and surroundings, and also has 6 advanced night vision cameras which aid in night-time cruising. Jani and his team claim the automobile can navigate unmapped roads. He predicts that such an autonomous car will be useful for people with disabilities and also has potential military significance.

Also see: Google driverless cars on autopilot NOT coming soon, whatever they may say

Over the last few months, prototypes of driverless cars like the Mercedes F015 and Google’s self-driving car have been launched at various tech shows. Not to be left behind are other major manufacturers like Nissan, Audi and Tesla, who are busy developing their own autonomous vehicles. Google has already tested such cars on public roads in the US states of Nevada and California. 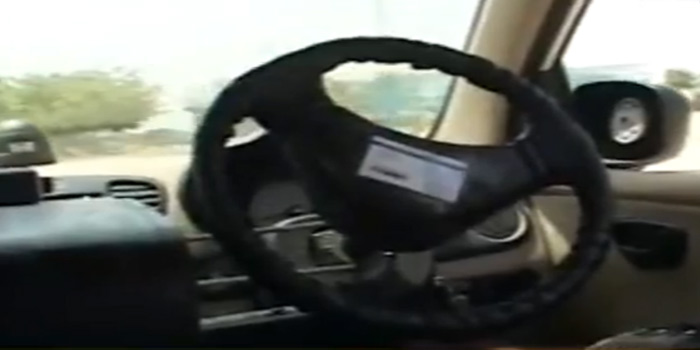 Major Indian automobile maker Mahindra, has also expressed interest in the growing autonomous vehicle industry. While the driverless car created by the Gujarat-based engineering college professor may not be ready to be tested on public roads, it is definitely a right step in the direction of this promising technology.