Home General GSLV-Mk III is being prepared for launch in first half of December...

The Indian Space Research Organization (ISRO) is working towards kicking off its first experimental mission of the Geo-synchronous Satellite Launch Vehicle-Mark III (GSLV-Mk III) by early December this year. The news comes directly from ISRO Chairman, K Radhakrishnan, who was present at the Engineers’ Conclave 2014.

Apart from noting that the launch of the GSLV-Mk III is expected to take place during the first half of December, Radhakrishnan cautioned about the plan being a tentative one. Much will depend on data analysis, fine-tuning the new vehicle according to requirements and the weather, of course. 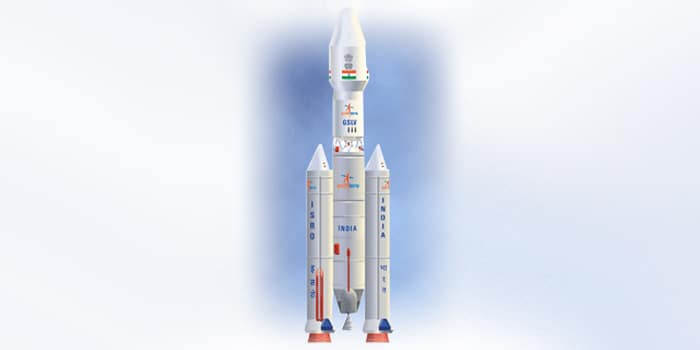 Delays in releasing satellites into orbit are not unheard of, after all. Most recently, ISRO had to put off its PSLV C26/IRNSS-1C mission for a week owing to an unfavorable observation in the telecommand system. Tipping the scales at 630 tonnes, the GSLV-MkIII is destined to be burdened by a crew module weighing 3.65 tonnes.

India is not actually deploying astronauts into space this time either, even though ISRO plans to send a crew into space eventually. Radhakrishnan informed The Economic Times that the integration work of the GSLV-Mk III has been finished and it is at a vehicle assembly building in Sriharikota.

The vehicle is currently being put through electrical tests. Its configuration is different from that of the PSLV or the GSLV, and hence scientists need to be absolutely certain of how it could hold up in space. They have to get an idea of how it acts in the atmospheric phase, its performance and more.

The GSLV-Mk III is crafted to make sure ISRO personnel are prepped for handling launch of heavier (4500 to 5000 kilograms) communication satellites of INSAT-4 class, all by themselves.