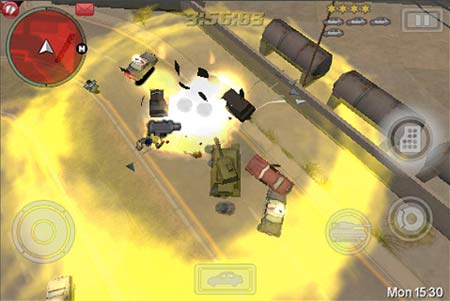 Grand Theft Auto: Chinatown Wars Lite transports players into the sinister world of Liberty City where they will encounter the dreaded criminal underground. They adorn the role of Huang Lee as they aid Uncle Wu ‘Kenny’ Lee in his dangerous quest for revenge and to ultimately take complete control over the Triad Gangs of Liberty City.

Introduced to the Lite version, gamers as well as iPhone owners can indulge in the first three dangerous missions. The exciting offerings are plucked right out from the full Grand Theft Auto: Chinatown Wars game. Players can immersive themselves in heart-pounding gunfights, hotwiring, reckless driving and loads of hot pursuits.

Gamers can download Grand Theft Auto: Chinatown Wars Lite version from the iTunes App Store absolutely free of cost. The exciting title is noted to be compatible with iPhone and iPod Touch Firmware 3.12 and above.