Home General Government gets ready to ban Gmail and Yahoo email services in its...

In wake of security concerns following international and national spying incidents, the government of India has proposed that a ban be imposed of usage of private email services such as Gmail and Yahoo in its offices. The platform of the National Informatics Center (NIC) is to be used instead for all government communication.

It is the Department of Electronics and Information Technology (DeitY) which has proposed this prohibition of foreign email services like Gmail and Yahoo in government offices. The main aim of this move to ban Gmail and Yahoo services is to safeguard critical and sensitive government data which is more likely to fall in the hands of the wrong people if proper encryption of email services is not implemented. 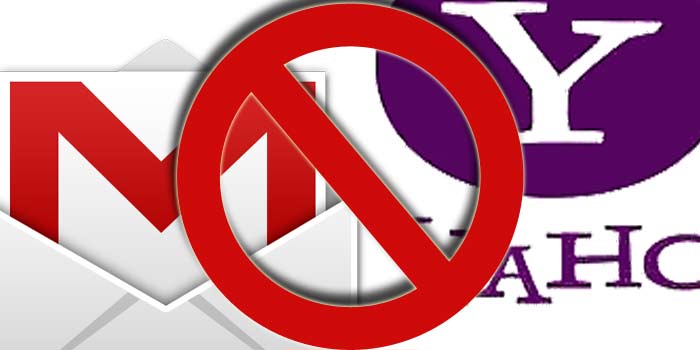 The proposal for this change will soon be made by DeitY to the cabinet. In fact, it will be presented to the committee by the end of this month itself. Under the order, any use of services like Gmail and Yahoo will strictly be banned in government offices, and nic.in will be made a mandatory communication platform for them.

If the diktat is adhered to, more than five to six lakh central and state government employees will be asked adhere to the change. According to The Times of India, DeitY will need around four to five crore rupees in order to implement the new NIC infrastructure.

In a huge breach of security that occurred a few days back, usernames and passwords of around 5 million email ids on Gmail were leaked by hackers. Although not a direct consequence of the said incident, the proposed government ban on such services is a commendable step towards taking strong security measures.