The funTab 2G Talk price has been officially announced by GoTech and it has been affordably set at Rs. 6999. The manufacturer claims to have tailored the device keeping in mind the requirements of the younger generation in India.

Measuring 190mm x 121mm x 11mm in dimensions and weighing 310 grams, the funTab 2G Talk has been designed to accommodate a SIM slot as well. The tablet will provide support for Wi-Fi connectivity and 3G through a USB dongle. 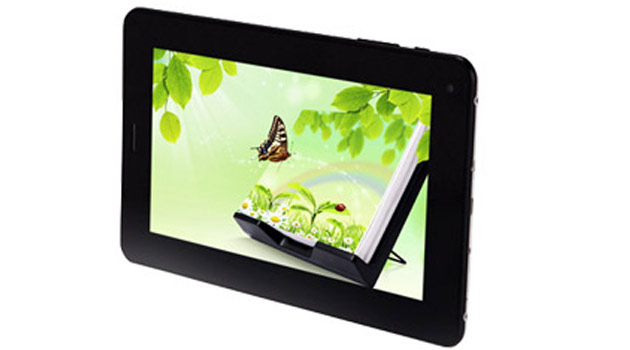 Graced by a 7-inch capacitive multi-touch screen, the slate has a 1.2GHz Boxchip A13 Cortex A8 processor and 512MB of RAM driving it. An internal memory of 4GB has been allotted to users’ storage requirements which can be expanded up to 32GB via the microSD slot. Power will be provided by a 3000mAh Li-polymer battery that should be able to grant quite a few hours of usage.

Pictures and videos can be captured through the 2MP camera that is mounted on the rear of the slate. In addition to this, a VGA lens has been placed on the front panel. The device will be running on the Android 4.0.3 Ice Cream Sandwich platform and it would exhibit a range of applications and services to the target market of young consumers.

These pre-loaded apps include BookMyShow permitting users to browse and select a movie of their choice and book their tickets through their tablet, while Aaj Tak would keep consumers up to date with latest happenings while on the move. The device would also consist of a medical tool named Guide My Treatment which attempts to provide assistance to patients when needed. 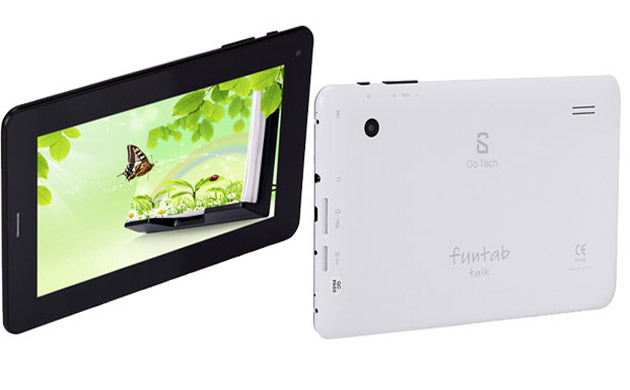 Intending to entice students, the maker has incorporated specific interactive applications like Attano Edu TV and Ebook Player that lets them access informative e-books and videos. Entertainment through music and games can be sought from tools like Hungama My Play and Bollywood in addition to Funbazaar. Users can also check their e-mail and information from the Indian Railways.

The GoTech funTab 2G Talk falls in the same category as other budget tablets like the Zen UltraTab A900 and the Micromax Funbook Talk P350.

Key specifications of the slate are enlisted below: