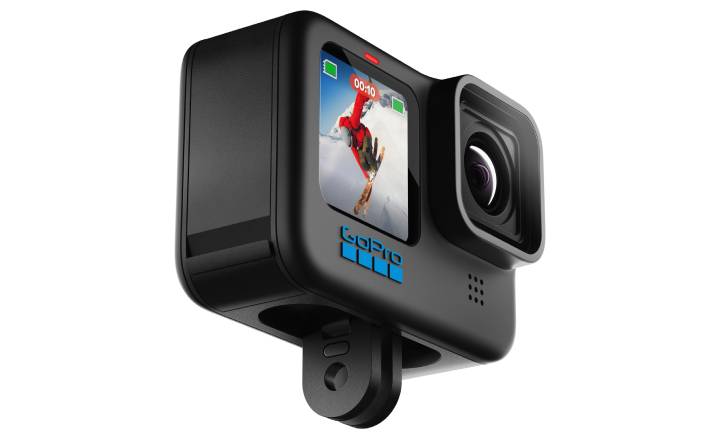 Ahead of the fall shopping rush, GoPro has announced the launch of its new Hero 10 Black action camera that has been blessed with a new processor. This hardware upgrade enables the camera to offer plenty of new features that include support for shooing 5.3K footage at 60fps.

Yes, the new GoPro brings a huge improvement in the framerate and resolution department. It’s all thanks to the new GP2 processor that has replaced the GP1 chip, which was part of every GoPro since Hero 6 Black. The new tech even allows the camera to shoot 4K at 120fps and 2.7K and 240fps.

The Hero 10 Black grabs an updated ‘horizon leveling’ feature that recognizes the horizon and keeps it in a straight line even if the camera is tilted up to 45 degrees. The Hero 9 had this feature but only up to 27 degrees. Of course, ‘horizon leveling’ is not accessible at the highest resolution.

This camera’s lens has been granted a small upgrade as well, allowing it to repel water more easily. Owners of previous GoPros who have bought Mod add-ons will be pleased to know that most of them will be compatible with the new camera.

The GoPro Hero 10 Black has been priced at $499. If you buy a $50-a-year GoPro Subscription, that price drops down to $399. This service uploads videos to the cloud while the camera is being charged.  Along with unlimited cloud backups for GoPro videos, it also includes a damaged camera replacement program, among other benefits.