Google has finally launched its popular Gboard keyboard app for iPhone in India, about a month after the application first hit the scene in the US. Surprisingly, the brand still hasn’t launched the tool for Android users.

Gboard basically brings the power of Google right to a person’s keyboard. As far as third-party keyboards for iPhones go, it’s very powerful, allowing users to search for GIFs and emojis without venturing to other apps. It also lets them take advantage of Google Search without exiting the chat window. 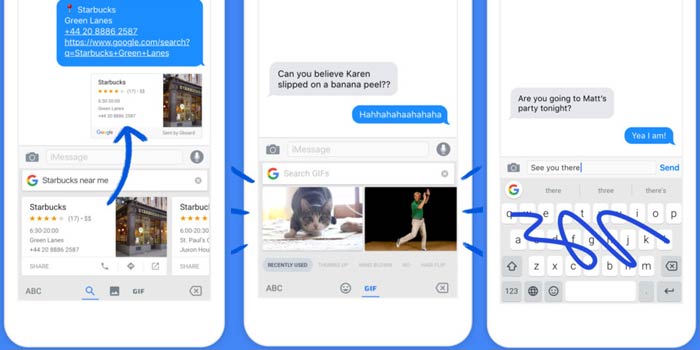 Gboard could be used in several different contexts to make a person’s life easier. For instance, they could use it to find out the weather while planning a trip, locate nearby restaurants, and look up the results of a sports match. It’s very easy to access as well, since all a person has to do is tap on the G icon on the top left corner of the keyboard.

Google has also included Glide Typing within the app. It works similarly to apps like Swipe, letting the consumer slide their fingers letter to letter to quickly type out words. Only English is supported right now, but the brand plans to add more languages in the future.

Gboard presents some legitimate concerns about privacy though, since Google could have unlimited access to an individual’s conversations. The firm has tried to assuage such concerns by stating that it only sends searches and usage statistics to its web servers.

You can download Gboard by Google for iOS via the App Store.