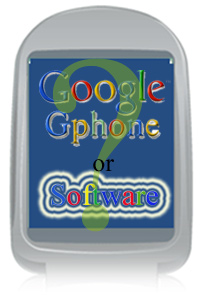 From months the rumors about Google taking steps towards GPhone production is out in the market and people are desperately waiting for its release. How as per what was discussed with Reuters on Tuesday, Google is in active talks with the Verizon Wireless about putting Google applications on the U.S. mobile carrier’s phones.

Google has been moving rapidly in the past year. It has extended its reach beyond text-based, pay-per-click Web search ads into a variety of new markets, including online video, television, radio and print advertising. Google has also expanded its reach into enterprise software.

According to “The Wall Street Journal”, it has the inside leg measurement of the forthcoming Google phone. “Journal” claims that the Google-powered phones are expected to be a combination of its several applications which will include Google Maps, YouTube and Gmail.

The belief of GPhone not being a specific phone is considered, but it is assumed more likely to be an operating system or software that integrates many of Google mobile services provided to existing handset makers.

Asian cell phone makers HTC and LG Electronics will be the first two handset makers to use the software, said by the WSJ in an earlier article published on Monday. While, the paper on Tuesday declares that Google plans to make a formal announcement in about two weeks.

So far, the means of communication is in process between the Web search leader, Google and Verizon Wireless revolve around technology and potential business models such as advertising-sponsored services, as reported by one of the sources.

An analyst with Forrester Research, Charles Golvin says “Google-software enabled phone makes the most sense in emerging markets. The next 1 billion to 2 billion cell phone users are going to be people in these markets. And most of them will not own a PC. For Google to grow its Internet audience there, it makes much more sense for them to optimize the Web experience on a phone.”

As for now, nothing is that specific but is expected soon. As per a newspaper, Google’s aim is the ground-breaking part of the plan to make the mobile phone software “open”. This software will be a part of the operating system that will control applications and interact with hardware. Journal specified saying that this will grant independent software developers access to the tools they need to build phone features.