Google has made available Android 6.0 Marshmallow factory images for impatient Nexus owners who don’t need to think twice before manually updating their devices. Lined up for the upgrade are the Nexus 5, Nexus 6, Nexus 7 (2013), Nexus 9 and Nexus Player. Those uncomfortable with flashing their gadgets will have to wait a bit for the software to be made available OTA (over-the-air).

October 6 was the day marked for the roll-out of Android Marshmallow OTA. So the wait won’t be long for some users of the aforementioned Nexus products. Whatever happened to v6.0 of the OS for the rest of the Nexus series? Samsung, LG, Motorola, Sony, OnePlus, Xiaomi, Asus, Huawei and iBerry all appear to be ready to dole out the software, according to a Mydrivers leak (spotted via Gizmochina). 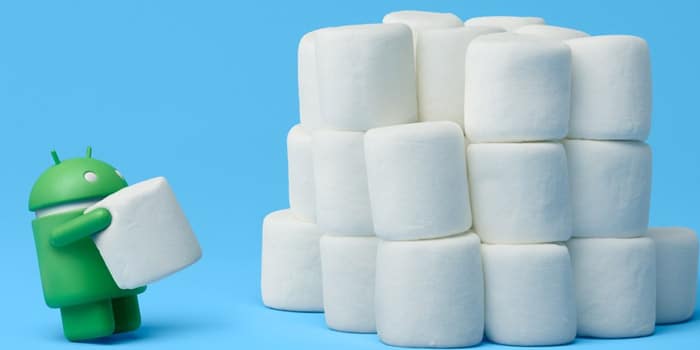 Additionally, Google’s latest Nexus 6P and Nexus 5X handsets will be landing in the market with Android 6.0 Marshmallow aboard. One of the most talked about features of Android 6.0 is Now on Tap which lets you hold down the home button and get some quick information on whatever distraction comes up while you’re still using an app, but feel reluctant to exit from it. For example, if a friend mentions something about a movie in an email, pushing the home button will pull up that flick’s ratings, trailer and other details, as well as allow you to quickly book tickets online. 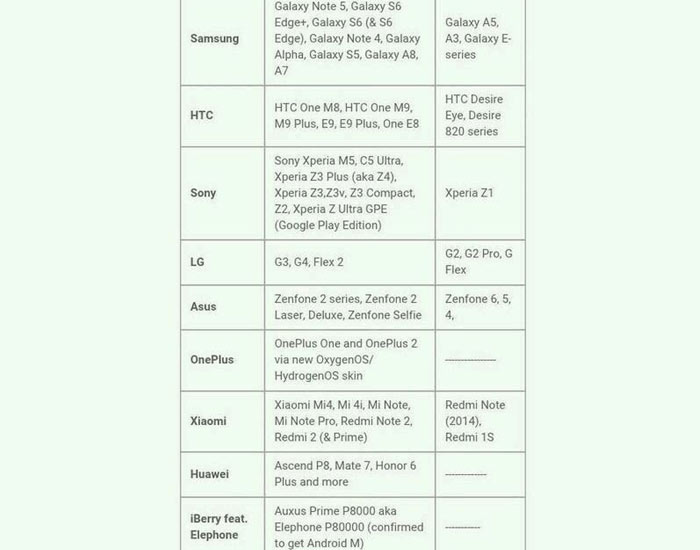 With Android Marshmallow, Google has even made improvements to the battery life. App Standby coerces seldom accessed applications into a ‘reduced activity state’ and Doze conserves power by putting the device to sleep when it’s idle. Those who feel uneasy each time they install an app and have to permit it to access everything like contacts, camera, location, mic, messages and so on, should be glad to hear that they will be able to deny permission to specific items while using the tool. Better cut/copy/paste, USB Type-C compatibility and fingerprint support are also on board.

Follow this link to the Android 6.0 Marshmallow factory images, in case you’re planing to perform a clean install on your Nexus.