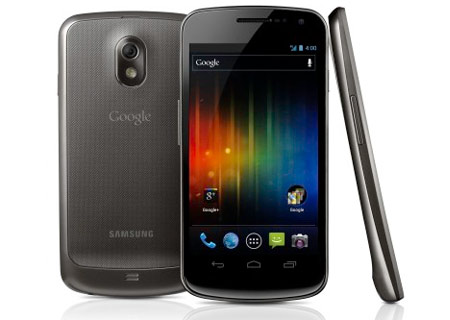 The much awaited Samsung Galaxy Nexus running on Google Ice Cream Sandwich will finally make its market debut. This device, along with the Android 4.0 OS, was unveiled in Hong Kong just yesterday.

Android fans all around the world have obviously been waiting for this eagerly as it is the first device to be carrying the latest version of the Android mobile platform. Key specifications of the Galaxy Nexus include a 1.2GHz dual core processor, 1GB RAM and a 4.65-inch 1280 x 720p HD Super AMOLED contour glass display. It features a main camera of 5MP capacity with auto focus, LED flash, zero shutter lag as well as a 1.3MP front facing one for video calling purposes.

“Samsung and Google have closely collaborated to push the mobile experience forward. We are pleased to deliver the best Android smartphone experience for customers with Galaxy Nexus. We will continue to move forward with Android to provide the compelling consumer experience in mobile world,” expressed JK Shin, President and Head of Samsung’s Mobile Communications Business.

This device is available in two options with varying internal memory capacities, one with 16GB memory and the other with 32GB. Android Beam NFC technology integrated within it permits users to smoothly share content between compatible phones. In terms of connectivity, the Galaxy Nexus is Bluetooth version 3.0, USB 2.0, Wi-Fi 802.11 a/b/g/n (2.4GHz/ 5GHz), and NFC enabled. Depending on the region, LTE variants of this handset will also be made available.

The Samsung Google Galaxy Nexus will roll out in November to regions like U.S., Europe, and Asia. Gradually, it will be extended to other markets.