The Google Play Store has upped the maximum amount an app or in-app purchase can cost in India to Rs 26000. The previous limit stood at Rs 16000, with the lower end of the scale maintained at a modest Rs 10. If you didn’t think of applications development as a serious career choice before, this ought to change your mind.

The Google Play Store has implemented a similar change in its pricing scheme across the world. The US version of the platform has doubled the earlier limit of $200 to $400 and the UK one from £150 to £300. It’s a surprising move by the tech giant, given that the store is traditionally seen as a haven for free apps. 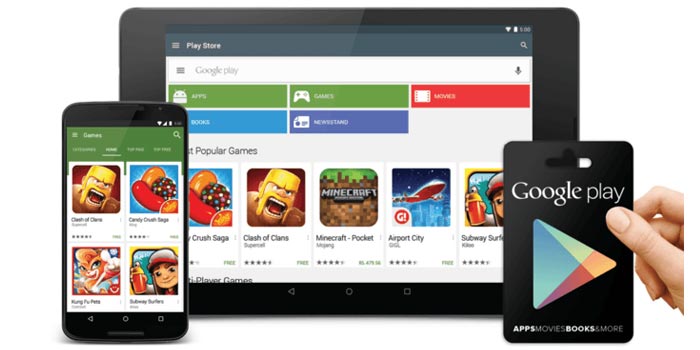 The complete list of the changed values can be viewed from the Google Play support website. While most applications are likely going to remain free, it can now charge a lot more for in-app purchases. Game and app developers usually try to hit the upper limit when it comes to IAPs, so it’s entirely possible that brands such as EA, King, Gamevil and Rovio will now ask for more money in new and current games.

Google lowered the limit of paid apps in India to Rs 10 back in August this year. Previously, the minimum value was set at Rs 50. The change was seen as a way to increase the accessibility of apps across the masses. The company also introduced pre-paid vouchers in the country as a way to reach consumers who don’t want to make credit card purchases.

The Google Play Gift Cards are currently available in denominations of Rs 750, Rs 1000 and Rs 1500. People can buy it through various offline and online outlets such as Vijay Sales, Planet M and Snapdeal. The latter is even offering the option to ship them via cash-on-delivery.