The Google Play list of the most downloaded games, apps, books, movies and shows of 2014 is here, quite clearly the best unpaid advertisement ever for the top offerings in the virtual marketplace for Android. As if they needed to be promoted any more, one might say.

Starting with the applications hosted by Google Play Store, Duolingo, Facebook, Pandora and Netflix grabbed the top honors in the Education, Social, Music and Entertainment categories, in that order. TripAdvisor, NFL Mobile, MyFitnessPal and Flipagram got the gold in the Travel, Sports, Heath & Fitness and Photography sections, respectively. 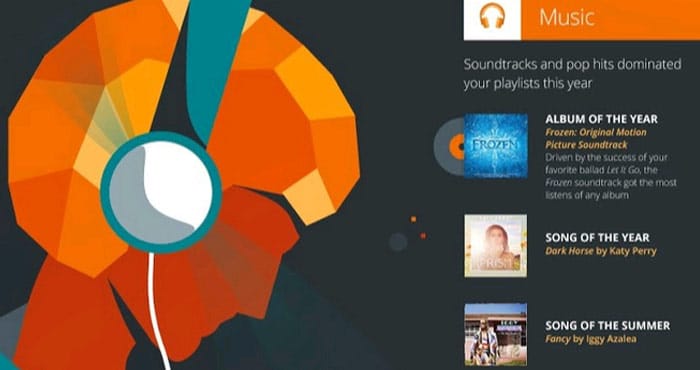 On a side note, Health & Fitness made it as 2014’s fastest growing app category on Google Play. During this entire year, players unlocked 3.5 billion achievements when it came to games. As if you couldn’t have guessed already, Candy Crush Saga was the most downloaded title in this period. The list of top five downloads in the aforesaid section held only free games and included Don’t Tap The White Tile, Farm Heroes Saga, Subway Surfers and Clash of Clans.

The Fault in Our Stars, Fifty Shades of Gray, Divergent, Twelve Years a Slave and Insurgent, all of which are or will be made into movies, have been named as the most popular books of 2014. The title of Movie of the Year unsurprisingly went to Frozen, while The Walking Dead actually managed to win the crown of the top TV show in terms of downloads. The vast number of people searching for Robin Williams on Google Play in 2014 was propelled by the celebrated artist’s shock suicide, no doubt. 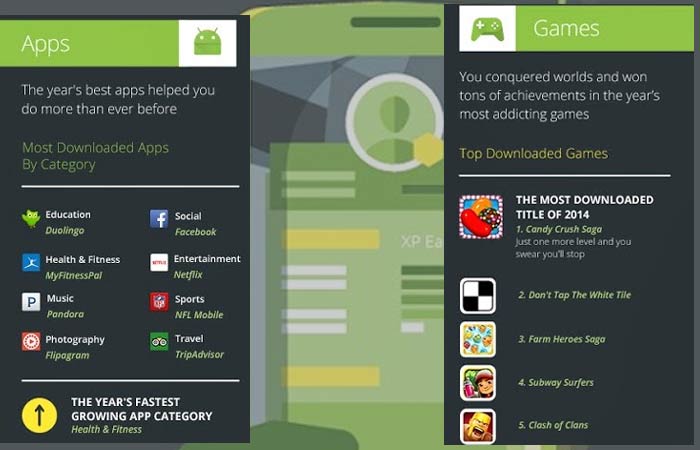 And if Katy Perry’s Dark Horse which was named Song of the Year (by downloads) on Google Play is your favorite track right now, get over it already because it’s so 2014.