Google Play Music has finally hit Indian shores post the announcement of new products that will be launched in the country by the search giant. The service allows users to buy songs and albums online. Its arrival has not been officially declared as yet.

Users can buy music tracks and albums online through Google Play Music. Right now, a single track costs Rs 15 and an album is priced between Rs 90 to Rs 200. Genres like Bollywood, Hollywood, regional, and devotional music are available via the service. 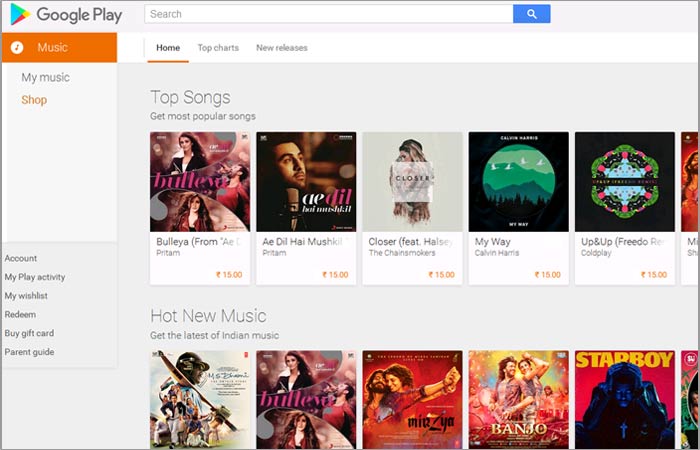 Google Play Music has not yet enabled online streaming. It also has not activated Google Play All Access subscription, radio, and podcast features. This may reduce the number of its subscribers as the Indian consumer is not yet used to buying music online.

There is no dearth of online music streaming applications in India right now. Apps like Saavn, Gaana and Airtel Wynk Music have plenty of takers for themselves. Besides, the prices on Google Play Music are hardly favorably comparable to Apple Music offerings.

Users can check if Google Play Music has been activated on their device by going to the Play Store and swiping right for the menu. The music button in the list will open up a library on clicking, thus activating the service on the concerned phone or tablet.

Interested enthusiasts can also install Google Play Music on their desktops through the player app. Payments for purchases can be made via debit, credit, and Google Play cards. Users can even upload songs using the service through the Music Manager app.