All those leaks have certainly given us a good idea about the upcoming Google Pixel 4A handset, but there has always been the everlasting question of when it will be officially announced, now that the Google I/O has been canceled. A retail box of the said phone has broken cover now, indicating that the phone seems to be ready to be stocked by retailers and that the launch may happen sooner rather than later. 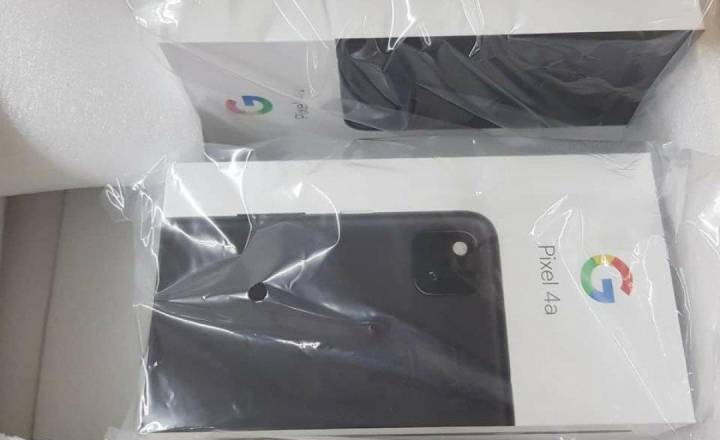 Slashleaks has gotten its hands on what looks like a photograph of a few Pixel 4A retail boxes from Google. The branding is clearly visible and so is the image of the phone itself. This picture confirms that the device will ship with a square camera module on the back, just like the Pixel 4, but will carry just a single camera, notably wasting all that space in the designated compartment. A two-tone look is also confirmed since this black model holds a white-colored power button.

From what we’re led to believe by previous leaks, this year’s midrange Pixel smartphone won’t have an XL companion. 9to5Google reports that its display size will fall in between the display sizes of the 3A and the 3A XL from last year. To be precise, you can expect the screen to be 5.8 inches with a 2340 x 1080 pixel resolution. According to the leak, this will be an OLED panel, which is no surprise.

Other leaked specifications of the Pixel 4A include a Snapdragon 730 processor, 6GB of RAM, a 12.2MP rear camera and a headphone jack. The Pixel 4’s strong face unlock feature, as well as its Soli hand gestures, won’t be part of this new handset’s offerings, however.

As for the price, the Google Pixel 4A is expected to be priced somewhere around the $400 mark, whenever it arrives.