Did your Google Nexus phone start behaving funny recently? Denial-of-service due to a flash SMS message attack is a newly discovered vulnerability that apparently affects the Nexus. So if a number of such messages made its way to your screen after which your handset started acting weird, you know why.

Flash SMS is also called Class O SMS. If you’ve ever got what looks like a text directly on your phone’s display without you having ever opened it, you know what we’re talking about. It can be saved or dismissed and will not appear in the inbox if you’ve chosen to do the latter. Well, there’s news for Nexus owners, according to a presentation at the DefCamp security conference in Romania. 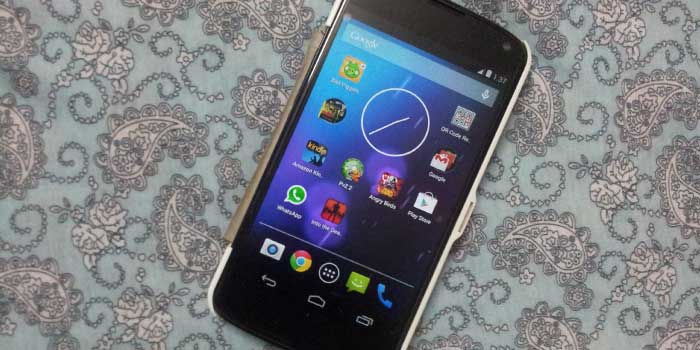 It was found that sometimes when 30 or more flash messages make it to a Nexus, it reboots. Since a notification sound does not accompany the arrival of such a message, the user may not even notice their smartphone restarting. In this case, if a PIN is needed to be punched in before it can connect to a mobile network, calls, texts and other alerts will not be able to reach the handset.

The phone doesn’t reboot and merely loses connectivity at times. When the owner restores the connection, access to the internet over the mobile network can become unavailable until the gadget is restarted. But these were not the only kinds of behavior observed. An unresponsive screen after a flurry of flash SMS messages was also noted.

PCWorld says that the issue was discovered by Bogdan Alecu, a system administrator at Levi9, a Dutch IT services company. Google Galaxy Nexus, Nexus 4 and Nexus 5 units high on Android 4.0 and later versions of the OS (including KitKat 4.4) are supposedly vulnerable to it.