It looks like Google plans to bring the Motorola-made Nexus 6 to India soon as it wants to make its brand new tablet available on November 12. The flagship Android smartphone with 32GB storage has been spotted on e-commerce website Flipkart, with a coming soon label and also a price of Rs 28900.

The listing hasn’t been pulled as yet and it looks to be legit and not an accidental reveal. However, the price is no longer visible and we doubt that the amount is correct. You see, the unlocked cost of the 32GB Google Nexus 6 in the US is $649 which translates to around Rs 39836 after conversion. 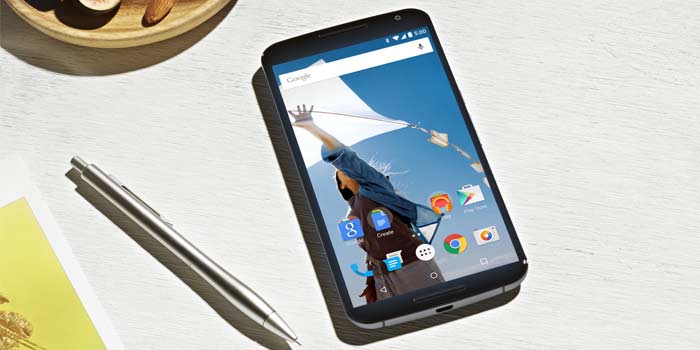 It’s highly unlikely that Google will drop the price by as much as Rs 10000 just to please customers in India. The Nexus 6 is the first launch in two years to come with a premium tag. Well, the amount being asked does justify the features you’ll be receiving, but it isn’t likely to sit well with fans who would have opted for the series mainly because of its budget-minded approach.

Also read: Google Nexus 9 out for pre-booking in India starting at Rs 28900

The device is modeled after the Motorola Moto X flagship and it falls in the phablet category with a large 5.96-inch 2560 x 1440-pixel display protected by Corning Gorilla Glass 3. It’s also powered by a 2.7GHz quad core Snapdragon 805 SOC which brings in various improvements especially in graphics, over the 801 SOC found in almost every flagship in the market.

Google Nexus 6 specs at a glance:

There’s a high chance that the Google Nexus 6 might also arrive on November 12. If not, we’re pretty sure it will go on sale this month itself. You can check out the Flipkart listing for the smartphone through this link.