Google has launched its new flagship smartphones the Pixel and Pixel XL that will be up for pre-booking in India from October 13. This is the first device which has been made completely by the company itself. The new lineup has erased Nexus products from the showcase.

The Pixel series runs several of Google’s noteworthy features. To start with, it is the first phone to run Assistant out-of-the-box. The virtual assistant software is able to carry out two-way conversations with the smartphone user to execute tasks like booking a table for dinner or playing a video. Jobs can be carried out from within the phone as well as on the internet. 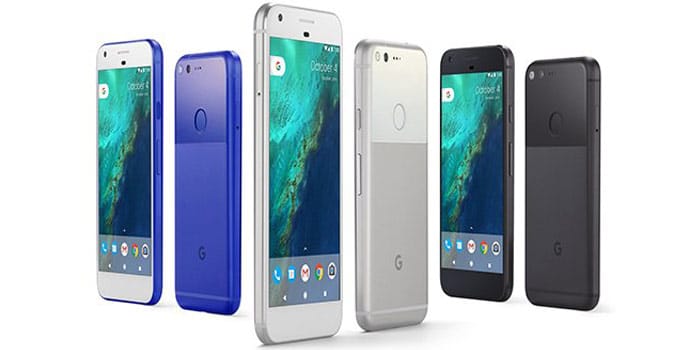 Android Nougat 7.1 is the operating software for the Pixel. Updates on this system will be available directly from Google. They can be downloaded and installed in the background so that the device continues to run without any interruptions. The gadget is also host to the video call service Duo and the smart messaging app Allo.

Google claims that the 12.3MP main shooter on the Pixel is the highest rated smartphone camera ever. The lens in equipped with an f/2.0 aperture along with 1.55 micron pixels that capture more light in an image. Its Smartburst feature automatically selects the best shot from a sequence of rapid-fire clicks. Users can play around with effects like blur or bokeh using this snapper.

The Pixel is bundled with unlimited cloud storage by its maker. It is provided with quick charging technology that reportedly juices the handset for 7 hours of life in just 15 minutes. This is the first phone that is compatible with the Daydream VR headset.

The main differences between the Pixel and the Pixel XL are on the basis of battery and screen. The former has a 2770mAh battery and 5-inch FHD display, while the latter has a 3450mAh battery and 5.5-inch QHD panel. The duo will be available in black and silver colors in India, with the blue one giving the country a miss for now.

Here is a list of specifications for the Google Pixel: