In a bid to attract new customers, Google Hangouts has started a new promotion where it’s offering users a free international voice calling facility. As good as this may sound, there is one small catch involved – You won’t be charged for calls placed overseas as long as it’s under a duration of one minute.

Just so you know, this feature, like placing normal calls from Google Hangouts, is only available in the select countries. It currently applies to 25 locations over the globe including India, the UK, Australia and Japan amongst others. Head over to this link for an entire list of countries that falls under this promo. 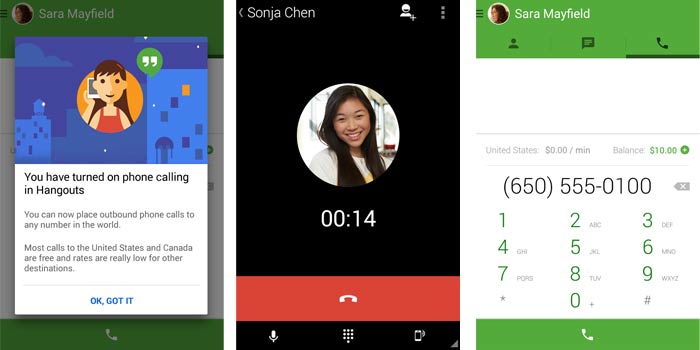 There are a few things you’ll need to do in order to avail free calling. Firstly, you’ll need to add credit to your Google account. Calls can only be placed through the Hangouts mobile application and only one will be accepted at a time. In cases of multiple connections, there will be a charge in place expect for one call.

Google notes that you’ll see the words ‘First minute free’ when making a call. This basically means that you’re under the promo and if the message isn’t visible, you’ll be charge for that session. Additionally, the search giant doesn’t want you to abuse its offering, so some calls might not be free if there are a large number of calls each day.

Calls made to the US and most of Canada is absolutely free and Google is also offering low rates for international locations. This promo will be a limited time deal and it’s valid for this year only.

For reminder’s sake, the first minute of calls to any of the 25 countries is free. Once you cross that limit, you’ll automatically be charged for the rest of the session.