Google has turned its attention to Bollywood in its quest to appeal to Indian users across the country. The tech giant has rolled out major improvements to its search algorithm which allows it to better answer questions related to Indian cinema.

Thanks to the new changes, anyone who uses Google to search for some Bollywood-specific query will be greeted with rich contextual cards in bold text. Asking something like which movies Anupam Kher and Varun Dhawan starred in together will trigger this response. 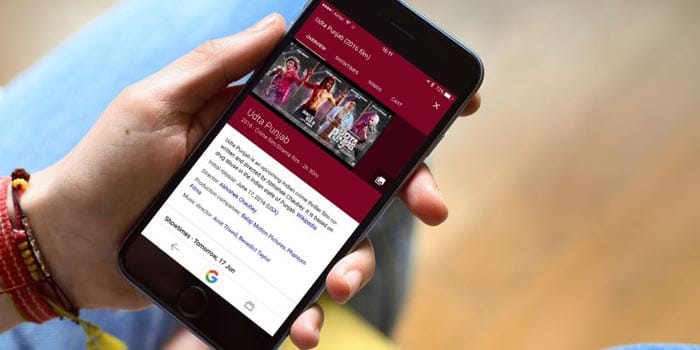 Asking more general questions like who is in the cast of Kal Ho Naa Ho will bring up more colorful Google Now-esque cards. Finally, film lovers who search for something like Kapoor family tree will be presented with a list formatted within a carousel design.

Google is trying to make it easier to find movies as well. So if a person asks where they can see a film, the tool is supposed to showcase a list of options. All the information which the firm’s software goes through is powered by the brand’s Knowledge Graph.

The technology automatically indexes and pulls in data from across the internet to answer questions about screening times, film trivia, trailers, films, song lyrics, and actors. The new additions aren’t just restricted to Bollywood either, with even regional cinema like Tollywood getting included within the new feature.

Google claims that 1 in every 10 mobile searches in India is related to the nation’s cinema. In that light, it makes sense for the search giant to build on that level of interest and become even more ubiquitous than it already is.