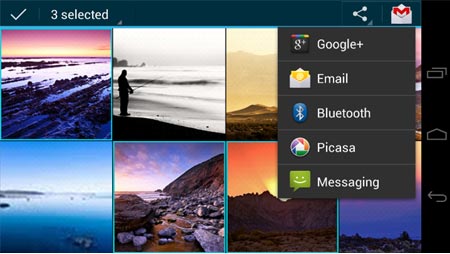 The latest version of the Google operating system dubbed Android Ice Cream Sandwich has finally made its actual official appearance. This operating system made its debut with the Galaxy Nexus handset by Samsung, in collaboration with Google.

The highly anticipated operating system, along with the accompanying handset, was unveiled as per the schedule which had been pushed back to an October 19 launch. Optimized to function with both smartphones and tablets, the Ice Cream Sandwich OS brings along a number of new features.

“Ice Cream Sandwich demonstrates the Android platform’s continued innovation with one release that works on phones and tablets and everything in between. Features like Android Beam and Face Unlock show the innovative work our team is doing, and Galaxy Nexus showcases the power behind Ice Cream Sandwich,” believes Andy Rubin, Senior Vice President of Mobile for Google.

One of the attractions is Face Unlock, which uses face recognition technology and allows people to unlock their devices wasily. It also puts forth Android Beam, with which users can instantly share web pages, YouTube videos, maps, directions and apps by employing the NFC technology for all this.

The OS also introduces the People app. The application is dedicated to organization and browsing of contacts. And for this purpose, it combines high-resolution photos and updates from Google+ and other social services. The OS also brings forth a new font, designed to be of best use for HD displays like on the Galaxy Nexus.

It also brings along adaptable software buttons instead of hardware ones, an enhanced keyboard, more interactive notifications and resizable widgets. The developers even claim that the browser is made to be considerably faster and it sports a refined tab manager as well as the ability to sync bookmarks with Google Chrome.

The Samsung Google Galaxy Nexus, the first device with the Android 4.0 OS or Google Ice Cream Sandwich, will initially roll out in November in the U.S., Europe, and Asia.