Tweets are back in the Google search results page after the company made a deal with Twitter to bring content from users to its web search results. The feature has been launched for people across the US at present and that too, only for mobile devices. It is being shown to those who use the Google search app for iOS or Android, and also in mobile search.

This is not the first time tweets are being floated on the search results page. Google and Twitter had an agreement about the same between 2009 to 2011. But content from the micro-blogging and social networking site did not surface in real-time back then. This was because Google was forced to manually crawl Twitter for tweets because they wouldn’t be added to the results page automatically. 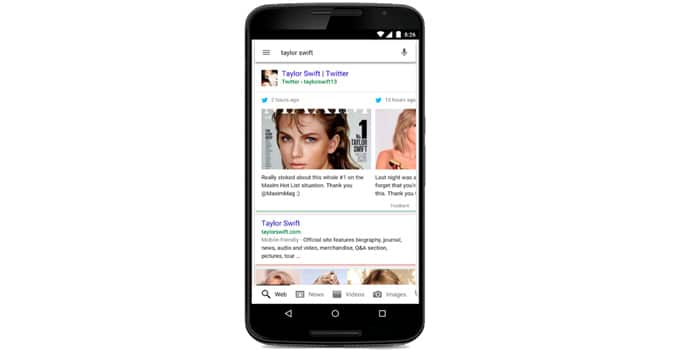 Twitter has been struggling to hold on to its users as well as attract new audiences. By striking up the latest deal with Google, it gets a chance to become more visible considering that the tech giant has over 50 percent of the search market in the US itself. Tweets are displayed based on the search term. If someone types ‘Paris Hilton’ into the search bar, her latest tweets will be shown in Google.

Similarly, when a fan looks up ‘#gameofthrones’, the latest tweets about the series will be pulled up. Meanwhile, Google gets its back scratched in terms of timely updates. Twitter is one of the best sources of breaking news on the Internet. So Google probably anticipates the advantages of being able to deliver tweets in real-time and hence serve up-to-date information to users, right through the search results page.

Let’s see how far Twitter and Google will take their latest promise of offering the freshest tweets to Internet users, and how useful it’ll turn out to be.