Home Android Google to add Celkon and Intex to its India Android One partner...

Google’s Android One project could be getting new partners in India as Celkon Mobiles and Intex are said to be in talks with the search giant. So far, Karbonn, Spice and Micromax are scheduled to launch handsets under the program in the coming months and we could see the roster increase as other OEMs are looking to join the bandwagon.

Google announced the Android One initiative during its I/O conference last month with an aim to offer highly affordable smartphones in emerging markets. The search giant is basically aiming at $99 devices and it has partnered with MediaTek to develop reference designs which will be used for these handsets. 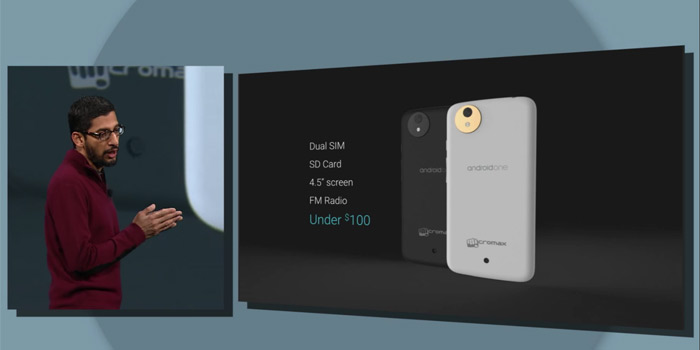 ET notes that Celkon Mobiles is a done deal as the fourth partner in the program. However, Intex is yet to secure its position as the fifth member and it’ll disclose the final outcome in the next 15 to 20 days. The former has confirmed that its first smartphones in the series will be out sometime during Diwali which will take place in the month of October.

There are no details about the handset, but we expect it to be similar to the Micromax one which was showcased at the I/O conference. In the Android One project, Google will basically provide OEMs with hardware and software support to reduce the overall production cost of devices. These handsets will offer a pure Android experience like Nexus phones and software updates will be issued directly from the search giant.

The Android One project will materialize in India and will be made available in other locations around the globe in the near future. With Intex and Celkon onboard, the total number of OEMs will increase to 5.