Google has proudly announced that 76 more Indian heritage sites have been added to its collection of online imagery of historic landmarks dotting the length and breadth of this country. In late 2013, the tech giant revealed that it would partner with the Ministry of Culture and the Archaeological Survey of India to gather 360-degree panoramic shots of locations worth documenting as part of its World Wonders Project.

For this, the company had to make sure it cleared up any issues with local authorities before getting started. And then it was the job of Google folks with Street View Trekkers (pictured below) strapped to their backs, to help shoot the imagery in question. In February of this year, it was 30 Indian heritage sites including the Taj Mahal, Red Fort, Humayun’s Tomb, MuchuKundesvara Temple, Bibi ka Makbara, St. George Fort and Shahi Quila were made available to explore online. 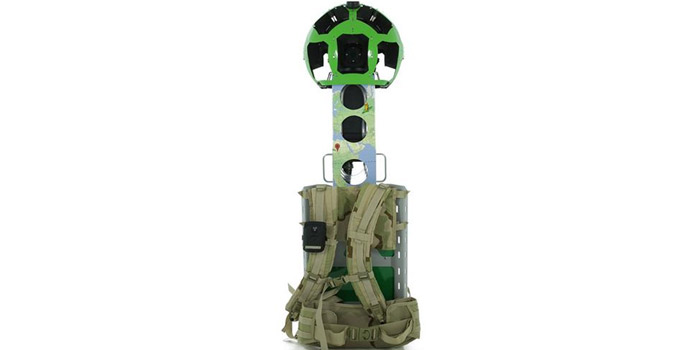 Google has now brought 76 more sites to this list, as revealed on an official blog post it published recently. Apart from letting users take detailed virtual tours of places of importance, the company has also collaborated with some arts and archival institutes in the country. We’re talking about viewing our nation’s Independence Day of 1947 through the eyes of Prime Minister Jawaharlal Nehru, studying the journey of Parsis from Persia to the present day and much more.

Here’s the link to the Google World Wonders Project website for those of you who want to explore some Indian heritage sites as well as landmarks in other parts of the world.