Goa police have unveiled a new app which allows citizens to quickly contact emergency services and report crimes directly to the authorities. It’s currently available for free on the Android and iOS platforms.

The tool enables users to upload pictures and videos of regular laws or traffic rules being violated. They may compile a report with the media recorded and can even add a narration of the events along with where it took place. The Goa Police app works offline too. So all the information can be saved and sent later for processing. 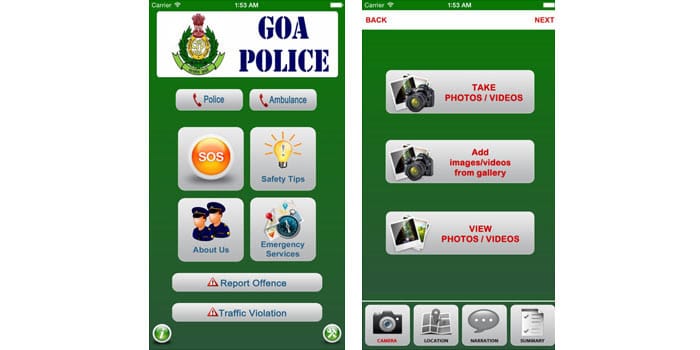 A statement by the law enforcement agency said the application would let the police handle any situation immediately. For further protection, an SOS button has been included in the interface which lets individuals store up to 4 people to be contacted in case of emergencies. It will send a message asking for help as well as revealing the user’s GPS location.

Also See: Bike couple from viral image on social media slapped with a fine by the Goa police

According to NDTV (via IANS), separate keys to get in touch with the Goa police control room and ambulance services are also present. The tool features information about important personnel, departments, safety tips and first aid. There’s also a list of traffic violations and the fines they attract, as well as the ability to follow up on an offense reported by tracking it through a reference ID. 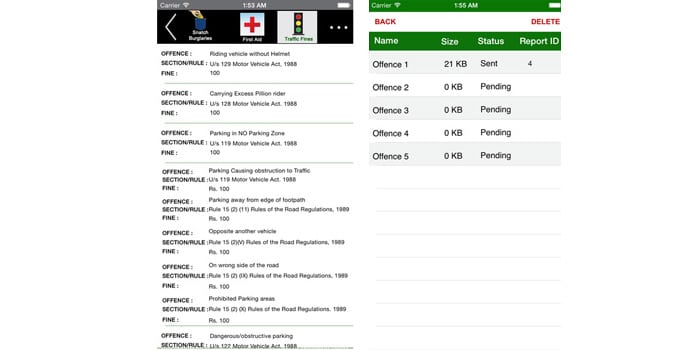 The app has probably been launched to help native residents and the large volume of tourists who visit Goa every year. If it proves to be a success, it could serve as a blueprint for other police agencies across the country to follow a similar model. Smartphone usage has been steadily on the rise over the last few years and it makes sense to develop a tool taking advantage of its capabilities.

The Goa Police app is live now and can be downloaded from iTunes and the Google Play Store.