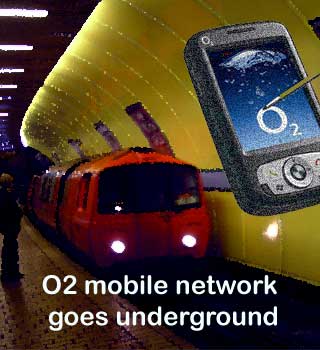 O2 plans to gift Glasgow commuters a great Christmas gift. In collaboration with a transmission company called Arqiva and the Strathclyde Partnership for Transport (SPT), O2 has signed a 10 year license agreement to set up a multi-user distributed antenna system that will deliver the UK’s first subway mobile communications.

Come this December and the Glasgow underground network will be the first in the UK to enable subway passengers use their mobile phones underground. The scheme should go live in five of the cities busiest underground stations- Buchanan Street, St Enoch, Kelvinbridge, Hillhead and Partick.

“This has been some time in the planning but I’m delighted that we can offer this service to our passengers in time for Christmas. It’s a first for Glasgow and it opens the door for wider WiFi coverage in the Underground in future. Accessibility and connectivity are key parts of our continuous subway modernization programme”, mentioned Gordon Maclennan, the assistant chief executive of SPT.

A spokesman from O2 additionally commented, “We continue to liaise with Transport for London, particularly in relation to the communications for the 2012 Olympics.”

Initially coverage will be limited to the station’s platform and concourses. Of course the technology is expected to extend the coverage to trains running through tunnels also. Additionally users can enjoy both 2G functions like voice calls and text messages and 3G services such as data downloads and video streaming.

Given that nearly 14.5 million passenger journeys were made on the Underground in Glasgow in the past year, the deal is a lucrative one. Though the Glasgow scheme is the first of its type in the UK it precedes the one in Stockholm. The city boasts of a mobile phone signal for every subway station.