Gionee has launched four smartphones in India and has also promised that starting from next year, each of its offerings which carries a price tag crossing Rs 10000 will support 4G LTE networks. The exact release date details of the new handsets have yet to be revealed, but you can expect the Gionee Pioneer P5L LTE, Pioneer P4S, P6 and CTRL V6L LTE to hit shelves in mid-December.

Apart from the aforementioned, the Gionee Elife S5.1 and S5.5 LTE phones were also unveiled for India by the Chinese brand. The 4.7-inch Pioneer P5L LTE has a quad core processor clocked at 1.2GHz and working with 1GB RAM on the inside. It runs on Android KitKat and has 8GB ROM along with support for 128GB memory expansion via the in-built microSD card slot. Worthy of mention on its list of key specs is a 5MP main camera, LTE connectivity and a 1800mAh battery. 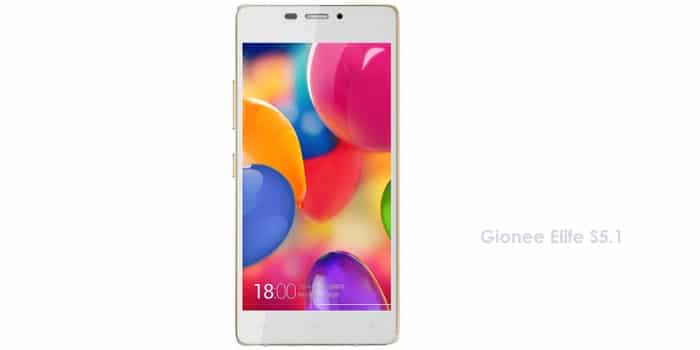 Next in line is the dual SIM Gionee CTRL V6L LTE holding a 1.2GHz Snapdragon 400 quad core processor from Qualcomm and a 5-inch HD IPS touchscreen. It’s stuffed with 1GB RAM, 8GB of ROM and a microSD card slot for increasing the storage space up to 128GB. A 1950mAh battery keeps it juiced up between charges and an 8MP as well as a 5MP front lens can found on the 6.9mm thin device. It is fitted with a 5-inch IPS touchscreen and costs Rs 15000.

Unlike the two we’ve talked about, the Gionee Pioneer P4S and P6 are only capable of getting along with 3G networks. The former is 4.5 inches, while the latter has a display of 5 inches. Each is expected to embed 1GB RAM, a 1.3GHz quad core processor, a microSD card slot, a 2MP webcam and a 5MP main camera. As for the Elife S5.1, it will look similar to the Elife E5.5 with its metal and glass design, but measure just 5.1mm thin.