The Gionee Marathon M5 Lite has arrived in India, roughly a month after the handset was launched in China. The phone can be obtained in exchange of Rs 12999 and is currently available via the company’s official online store. 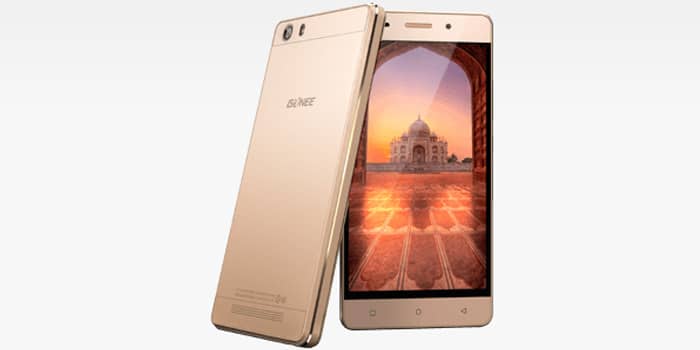 First off, the Marathon M5 Lite packs a smaller capacity 4000mAh battery which is supposed to last for 450 hours of standby time and 32.7 hours of talk time. The handset also functions as a powerbank and is able to supply power to other devices via a reverse charging OTG cable.

The photography setup of the dual-SIM Gionee offering consists of an 8MP main camera which is accompanied by LED flash, along with a 5MP front-facing one for selfies and video calls. The 4G-ready phone sports a 5-inch 720p IPS display and is protected by a layer of Dragontrail glass.

Take a quick look at the specifications of the Gionee Marathon M5 Lite:

A 1.3GHz 64-bit quad-core MediaTek MT6735 fuels the Marathon M5 Lite and is supported in its efforts by a Mali-T720 GPU. The all-metal smartphone runs on Android 5.1 Lollipop with the manufacturer’s own Amigo 3.1 UI on top. People who use up the 32GB of internal memory can expand on it up to 128GB via a microSD card slot.

Like we mentioned above, the Gionee Marathon M5 Lite can be bought here and is priced at Rs 12999.