The Gionee Elife S5.5 which holds the title for the world’s slimmest smartphone, is now up for sale for Rs 22999 in India. If you’re wondering just how skinny it is, the clue lies in the name – the device has a side profile measuring 5.5mm. It’s even thinner than the iPhone 5S which is 7.6mm deep.

Sporting a white body with a gold frame around it, the Gionee Elife S5.5 works on an eight-core processor from MediaTek. It runs on the Amigo OS which is based on the Android OS and has 2GB of RAM to carry out whatever you throw at it as smoothly as possible. 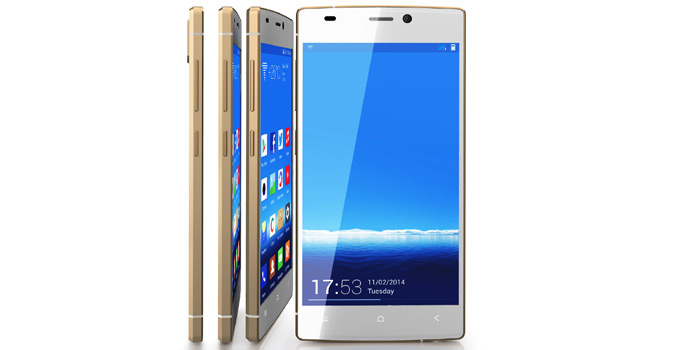 The Motorola Moto X that’s priced at Rs 23999 for 16GB has 2GB of RAM, but a dual core chipset. Since the SoC is from Qualcomm, some might argue in favor of the dual Snapdragon chipset over the octa core one from MediaTek. There’s a 5-inch full HD display above which a 5MP camera rests because…selfies, you know.

Flip the phone onto its front and you’ll find a 13MP camera on the rear as well as a flash unit. In case you find the onboard storage space of 16GB to be inadequate, buy another phone. Because you’re certainly not going to be able to slip in a microSD card slot, just like on the Moto X or Moto G.

You can follow this link if you’re interested in laying your hands upon the Gionee Elife S5.5.