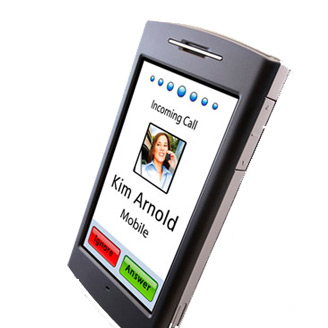 Now, consumers will not have to waste their precious money to buy two separate devices, because here is a gadget that combines two very necessary functionalities. GPS navigation manufacturers Garmin have extended their product line with the introduction of a new GPS device which integrates telephony functions. Known as the nüvifone, the device is a sleek one that will allow users to make/receive calls as well as find their way around the place.

Other features include GPS capability and an Internet browser. The nüvifone also has an MP3 and MPEG4, AAC player to listen to music and watch videos.

For those who tend to get lost, the Garmin nüvifone combines all the GPS functions that Garmin has been known to offer including Google local search and the “Where am I?” feature that displays the nearest police stations, hospitals and gas stations.

Other than this the Garmin nüvifone comes pre-loaded with maps of North America, Eastern and Western Europe.

According to Cliff Pemble, Garmin’s president and COO, “The nüvifone is an all-in-one device offering unmatched integration of utility and function in a single mobile device.”

This is the breakthrough product that call phone and GPS users around the world have been longing for- single device that does it all,” he aptly stated.

The Garmin nüvifone will begin shipping by Q3 2008. Sadly, the price of this all-in-one device is not yet known.