GAMEVIL USA, the LA-based mobile games publisher, has announced the launch of ROCKin’ Stone. The game is an exciting sequel to the original game Skipping Stone. 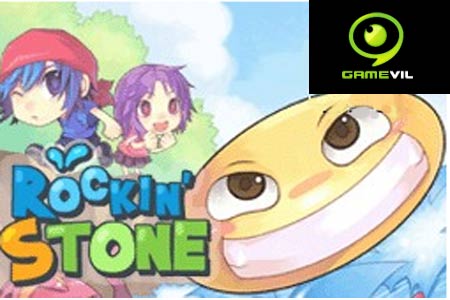 After the success of Skipping Stone by winning 4 “Game of the Year” awards, a ROCKin’ Stone has been launched. This addictive, single-button punching game allows the players to toss a stone and make it skip as long as they can.

ROCKin’ game can be played and enjoyed by anyone. The game comes with new features, including a new story mode, new characters, and new power-ups. As the difficulty level increases with each stage, players encounter various obstacles and must time their jumps right or otherwise face having their stone fall to the bottom of the water.

The game gives its players the option of playing in 4 different modes, including a math mode that is hidden and un-lockable. It radiates rich colors, textures and sounds further bringing out the light-hearted and fun-filled features of this game. As the player travels through 8 stages, many humorous characters, such as the Alien and the Stone God, are introduced.

Allen Lee, GAMEVIL USA’s Vice President of Business Development said “As a developer and publisher of mobile games, one of the greatest challenges is recreating the magic that made an original so fantastic. For ROCKin’ Stone, we were able to achieve that and then some. I am certain that if you enjoyed Skipping Stone, you will love the sequel.”

The smash-hit sequel, ROCKin’ Stone continues to compete with the “Game of the Year” winner, Skipping Stone.