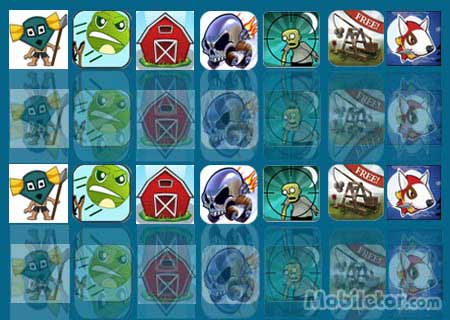 Spare a glimpse for our list of 7 games like Angry Birds if you feel the title has entertained us long enough and it’s time for a radical change of settings, plot and characters. We’re also going to argue that Rovio’s Space encounter may still not feel like a huge breath of fresh air to some. So if you’d rather not steer out of your comfortable gameplay zone and want to dabble in titles very like Rovio’s offerings, here’s just what the doctor ordered – 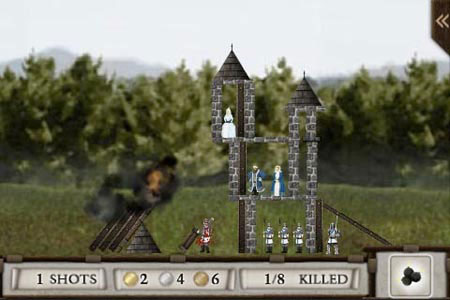 In lieu of irate birds and cowering pigs, this one from Armor Games features medieval period style warriors who stand guard in and around wooden castles. The idea of the game is conveyed pretty well by the name itself – you have to fire off your trebuchet, which is a catapult-like weapon, to crush these castles. iOS as well as Android device users can indulge in this shooting sport for free. The iTunes version pulls in two cool new weapons called the Moonstone and the Murder of Crows as well as 36 fresh levels. 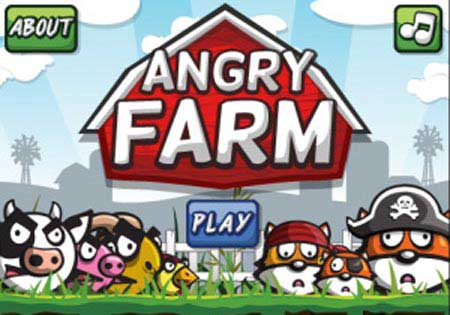 While Rovio only got the colorful birds angry, this one in our collection of games similar to Angry Birds, has irked the whole farmyard. Featuring over 200 levels for BlackBerry and 120 levels for Android, the title has many an angry goat, pig, hen and cow, out to defeat the evil foxes that have overtaken their territory in the absence of the farmer. Every domesticated creature possesses special powers, just like the game it took inspiration from. And the bouncing pig and the hen which splits into three are just the beginning of the ride.

Grab it from: Google Play or BlackBerry App World 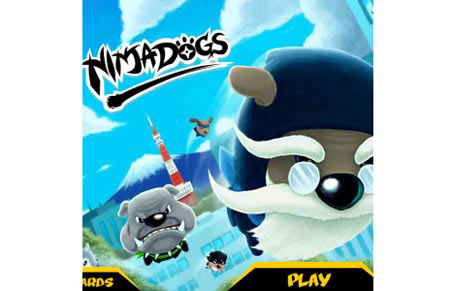 After birds and farm animals, it’s time for the dogs and the cats to fight it out in an angry battle. The Big Evil Yellow Cat has made off with some secret scrolls belonging to the Ninja Dogs who must retrieve them at any cost. There’s nothing else to do by shoot off from a large cannon and topple the homes of the enemy felines. If you own a BlackBerry and love the longstanding cat-dog standoff idea, then this game could keep you entertained for a price of $2 from the App World.

Grab it from: BlackBerry App World 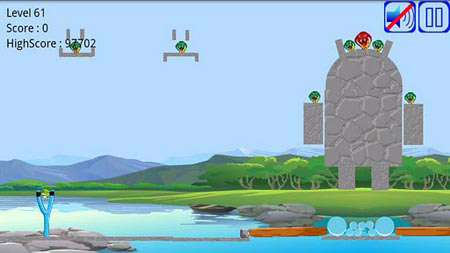 When you put frogs and snakes together, there really is no reason you wouldn’t be able to guess what the trouble is about. This title amongst our games similar to Angry Birds roster, involves a number of frogs who want to protect their pond and finish off the evil snakes by swinging themselves from a slingshot. The Level Editor factor in the game makes the experience more enjoyable as it allows for creating your own levels as well as uploading your creations for other gamers to indulge in. Angry Frogs can be downloaded at $0.99 from iTunes or for free from Google Play. 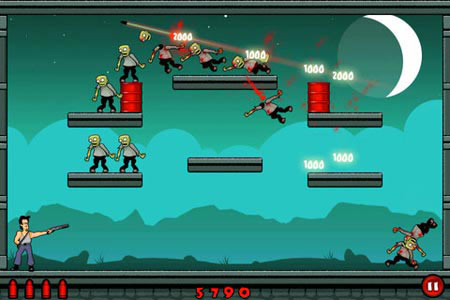 This game is a tad different from those mentioned above since it does not feature animals, but has zombies. Now you’re a tough-looking man with a shotgun who has to aim for the hordes of stupid, brainless zombies coming your way. The goal is to shoot them all one by one till they fall from their wooden and stone perches. While iPad and iPhone owners will have to shell out $0.99 to download this game with 660 levels from the App Store, Android device users can access it for free and still avail of 660 levels. 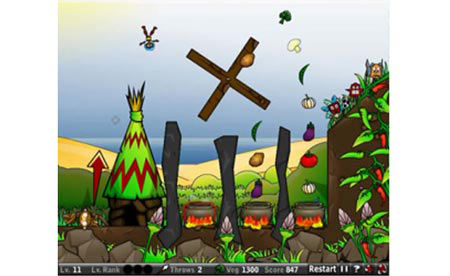 Like its name suggests, this candidate amongst the games similar to Angry Birds, features 30 levels full of hungry cannibals out to make shipwreck victims their next meal. The victims have to be shot up into the air towards a boiling cauldron in such a manner that they automatically collect various vegetables and seasonings along the way, in order to make themselves more appetizing to the cannibals. The game will crack you up with its funny and colorful visuals that are set on a desert island. It’s available for $0.99 at the BlackBerry App World.

Grab it from: BlackBerry App World 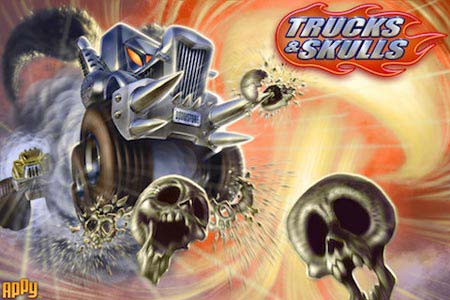 This one is for those who think they’re too rough and tough for the fluffy, feathered protagonists in Angry Birds. Here, players have to rev up the engines of their nitro-burning monster trucks and launch them into skull fortifications. It’s replete with a collection of monster truck varieties covering Doomstone, Diveosaurus, Insanerator, Bombzilla, Thrustmonster and Triclops. This heavy-metal inspired game containing more than 200 different levels, can be downloaded for free from the App Store.

Grab it from: iTunes Store

Go ahead and get hold of these 7 games like Angry Birds and hours of addictive gameplay are sure to follow.