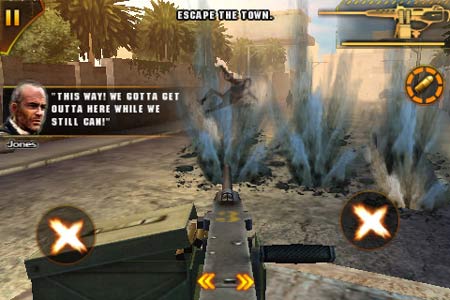 Being the only shopping destination for iPhone owners, the iTunes offers a multitude of digital content including games, wallpapers and more. Gaming enthusiasts who have been downloading numerous offerings can now gear up to expand their collections. Gameloft has announced the iPhone £0.59 limited time sale for over 30 games.

The company recently revealed that users who wish to expand the roster of games on their iOS device can obtain about 30 offerings at a reasonably low price. Whether players like the racing genre or action seems like a good option on the 3.5-inch display, the sale extends games such as Tom Clancy’s H.A.W.X., Driver, Modern Combat: Sandstorm and Star Battalion.

N.O.V.A. Near Orbit Vanguard Alliance, Asphalt 5, Fishing Kings, Prince of Persia: Warrior Within and Shrek Kart have been dished out for iPhone users. In addition, sport-based narratives like Let’s Golf, Real Football 2010, Real football 2011 and Skater Nation can also be procured through this ongoing sale.

The aforementioned games are now up for grabs at £0.59 as a part of the Gameloft sale.