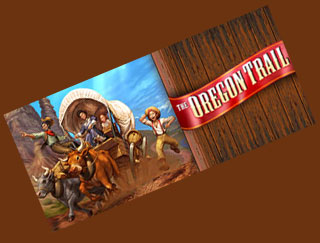 Gameloft, is the proud winner of “Best Casual Mobile Game of 2008” awards for The Oregon Trail mobile game. The game is a remake of original The Oregon Trail with a new thrilling and exciting features that engross the player in its excellent game play.

As said by Gonzague de Vallois, senior vice president of publishing, Gameloft. “We are honored to win this coveted award and pleased that The Oregon Trail game continues to excite new audiences on the mobile platform,” he added “The Oregon Trail is one of our best selling titles and we are proud to see how players are engaged with its nostalgic, fun and casual game play.

The Oregon Trail is an adventurous game. The player is cast as wagon leader, who in due course, of the dangerous long journey has to deal in a tactful way making strategic decision for ensuring his parties safety. The game entertains the player making them nostalgic of the year long journey made by the traveler.

“We’re extremely pleased by this award. Game loft has done a great job recreating the Oregon Trail experience on mobile platforms,” says David Bass, General Manager of The Learning Company, a division of Houghton Mifflin Harcourt Publishing. He concludes” The immense popularity of this mobile game confirms our belief that The Oregon Trail continues to be a strong brand with universal appeal, more than 30 years after it was originally conceived.”

The Oregon Trail game now sets off on its journey by making itself available across US carriers.