Gaana, which is one of the go-to portals for those who wish to stream Indian music on their smartphones or PCs for free, was hacked recently and saw 10 million users’ information being exposed. A hacker who goes by the nickname Mak Man managed to gain access to the user database by exploiting a vulnerability on the platform.

This left the management of Gaana in quite a tizzy, and the website was eventually brought down as a safety measure. But as it turned out, the Pakistani hacker responsible for this had no ill intentions and only wanted to bring the loophole to the owners’ notice. 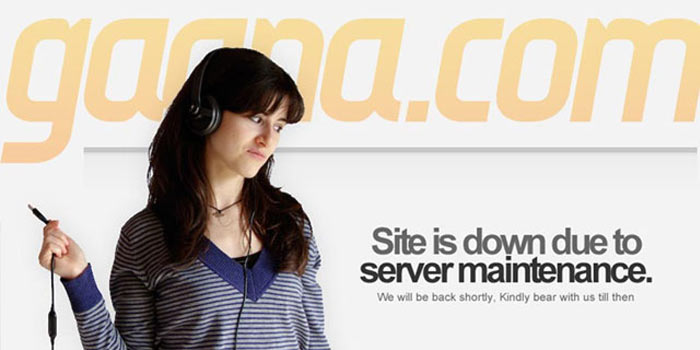 Mak Man was quick to clarify that ‘no financial information’ was accessed during the Ganna hack. He mentioned that the database was so huge that he ‘didn’t even bother looking.’ Moreover, he has also said that no information was dumped or stored locally by him.

Satyan Gajwani, the CEO of Times Internet which runs Gaana later offered the hacker a deal for fixing loopholes in the IT system of the company, according to a Hindustan Times report. He has asked Mak Man to contact him directly if interested.

Gaana is a ‘freemium’ streaming website that possesses a diverse database of Indian music. It is available across multiple platforms, and even allows you to download your favorite music to your devices if you subscribe to its premium service.

It has’t taken a long time for the Gaana website to start working normally again. If you have an account on the service check for an email that prompts you to change your password as a safety measure.