Gaana which is one of the top music streaming services in India has updated its Android application, bringing it to version 5.0 with a host of new features onboard. One of the biggest changes in the new release is that the interface has been given a complete makeover.

The company notes that the Gaana 5.0 Android application is now much easier to use and discovering music shouldn’t be a problem as they’ve made finding songs a hassle-free task. The UI comes with a complete black theme and album artworks are prominent throughout. 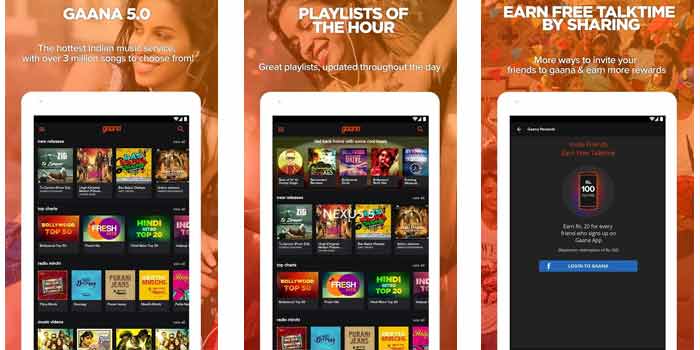 The player interface has also been given a facelift through a fresh design and it makes searching for lyrics and music videos easy. Another new feature in the app is Playlists of the hour which is basically a list of tracks that’s created based on the current time and day of the week. And with the language filter option, you’ll be able to choose which languages are visible in the application.

Gaana 5.0 comes with a new rewards system where you can invite friends to the service and for each referral that joins, you get free talk time. And for plus members, there’s a download sync option which automatically syncs your music on all of your device. The company has also made a few bandwidth optimizations to offer a smooth experience to those using 2G connections to stream songs.

The Gaana 5.0 for Android application can be downloaded for free through the Google Play store. Just so you know, certain features such as offline listening and ad-free streaming will require you to purchase a plus subscription.