Fujifilm has released a new Hello Kitty Instax mini camera to celebrate the 40th anniversary of the iconic fictional character. It’s been a big year for Hello Kitty, with Sanrio having revealed a tidbit that shocked millions of fans, only a few months ago.

Leaving the Fujifilm Instax camera behind for a bit, for those of you who missed the story since you’ve been busy being a grownup or something like that, Hello Kitty is a real human girl. She lives outside London, has a twin sister and a pet cat. Also, she will always remain in third grade, according to the Japanese company. 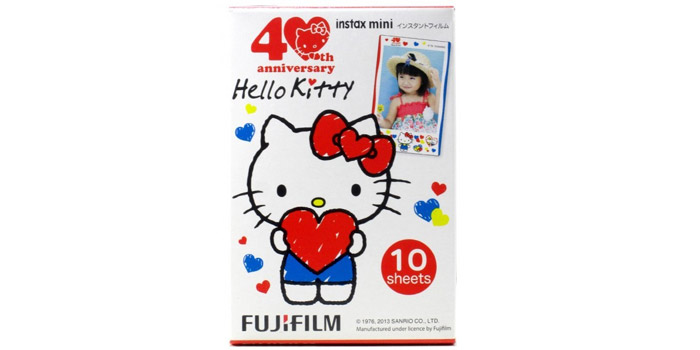 The full name of the character is Kitty White. Yes, we know what you’re thinking – if it looks like a cat, it must be one. But Sanrio offered no explanation as to why the ‘little girl’ with a bow on her head appears to be a white cat with whiskers, pointy animal ears and all. If your little one wasn’t traumatized by the news, Fujifilm’s instant camera might make a good Christmas present.

Launched just recently, the Hello Kitty-themed device marks the 40th anniversary of the Japanese character as well as the 80th birthday of Fujifilm. It is shaped to depict the face of the cat who’s actually a girl (it’ll take us more time to get over this). The camera is bundled in with instant film for 10 pictures, which feels inadequate, though you can buy more refills from the company.

Fujifilm’s Instax camera lineup gained popularity in East Asian countries before it garnered notable interest in the US and Europe. Considering that Hello Kitty is loved by kids all across the globe, the special 40th anniversary edition may find a lot of takers. You can get it from Amazon for $19.99 or via EyeCandy’s for $17.39.