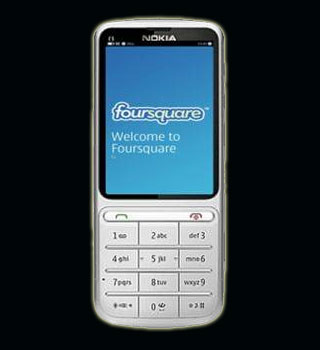 The official Nokia blog announced the latest updated version two of the Foursquare for Nokia Series 40 app. Just some time back, this application was updated for the Android and Windows Phone 7 platforms. In its earlier version, the app could only be used to check-in by high-end phone users. However in order to reach the masses its improved version enables users to check-in from anywhere via affordable phones as well.

The app has gone international and claims to provide users with enhanced functionality. It now employs Nokia Maps to show users their locations and features the ‘Explore’ section which displays nearby places their friends recently visited.

Posting check-ins has become a huge trend in the world of social networking online. Via this new version users can add new locations and record their location as well as publish it on their social networking sites. The app claims to have more than ten million users and over three million check-ins published each day.

Aiming to appeal feature phone users after having pleased those with smartphones, this app, the company claims has a worldwide appeal with apparently six hundred million Series 40 devices in the market.

The Foursquare for Nokia Series 40 app can be downloaded for free on any S40 or Symbian S60+ devices. The application’s existing users can upgrade it from the Ovi Store app on their phones.