Entering the fast-diminishing feature phone market in India is the Nokia 225 which has been unveiled officially by Microsoft at last. It should be noted that the device had already gone one sale on the eighteenth of last month, but it’s now that its makers have decided to go official with it.

The Nokia 225 dual SIM phone is being sold through the company’s eStore at Rs 3,199. The handset is accompanied by an offer from Airtel which grants buyers 2G data worth almost Rs 1,290. Interested parties can purchase it in a number of color options including red, white, yellow and black. 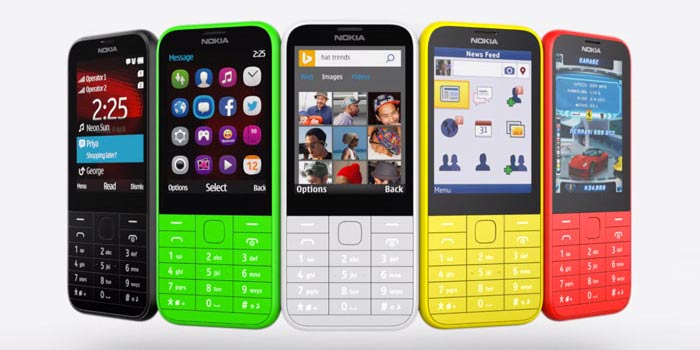 Unveiled for the first time back in April, the Nokia 225 is touted to be the company’s slimmest Internet phone till date, thanks to its 10.4mm thin body. Its mono black display is sized at 2.8 inches. Running Nokia’s Series 30+ operating system, it offers up to 21 hours of talk-time and 27 days of standby through its 1200mAh power unit.

Here’s a neat look at the main specs of the Nokia 225:

Of course, it doesn’t kick in a front camera, but there’s one on its rear surface which grabs a 2MP sensor. Equipped with minimal storage, it features a microSD card slot that supports up to 32GB of additional space.

You can buy the Nokia 225 through the company’s eStore currently at a price of Rs 3,199 right now.