Home Asus Flipkart is selling the Nexus 7 for Rs 9,999 onwards

The Google Nexus 7 tablet is amongst the best 7-inch Android slates in the market and if you’re looking to get one on the cheap, Flipkart has just what you need. The prices for the 16GB, 32GB and 3G variants have been given some serious trimming and the base model is available for purchase at just under Rs 10,000.

What’s worth mentioning is that the discounted rates are exclusive to Flipkart, but other retailers are likely to follow suit. Also, the Devices section on Google Play is still retailing the Nexus 7 at the original cost which starts at Rs 15,999. The new rates on Flipkart are as follow – The 16GB model is now Rs 9,999, while the 32GB and 3G versions can be picked up for Rs 13,499 and Rs 16,999, respectively. 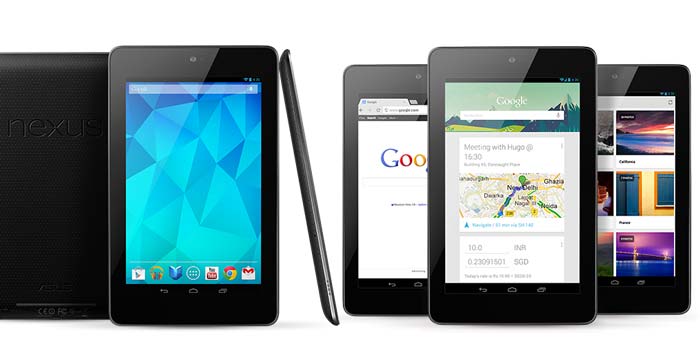 The online retailer could be looking to promote the tablet’s sales in order to quickly clear out pending stock. And we’ve got a feeling that the price drop has got something to do with the 2013 Nexus 7 which is expected to arrive in India soon. The latest revision which is also made by Asus will come with beefier specifications.

Instead of a Tegra 3 processor that’s on the 2012 model, the new one sports a Snapdragon S4 Pro CPU. Also, the display resolution has been increased from 720p to 1080p and the RAM is double at 2GB. Additionally, the company has thrown in an extra camera, a 5MP rear snapper. The tablet also comes with Android 4.3 out of the box, while the older version can get the latest OS via an update. 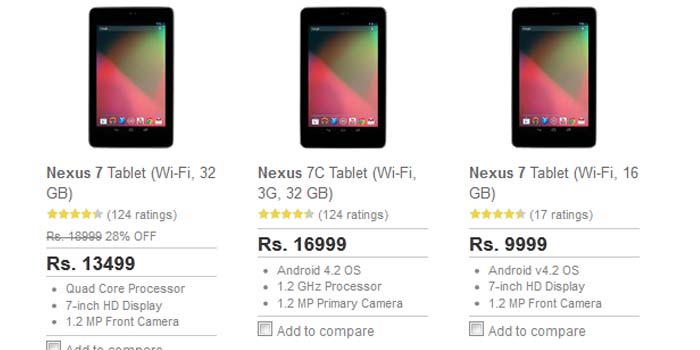 The listing for the 2012 Nexus 7 on Flipkart can be found here.