Popular online retailer Flipkart is hosting what it calls its biggest ever sale and people are flocking to the website in such large numbers that it managed to crash in a short time after the deals kicked off. We’re getting mixed reactions from shoppers on Twitter, though we faced very few problems while placing orders ourselves.

Tempting discounts have been stuck onto products across 70 different categories on Flipkart and every passing hour brings up something new to ogle, if not buy, in case you’ve maxed out on your Diwali budget. Lots of items are being sold for Rs 1, and we bought a 16GB flash drive for Rs 41 (Rs 40 goes towards shipping charges) with some issues. 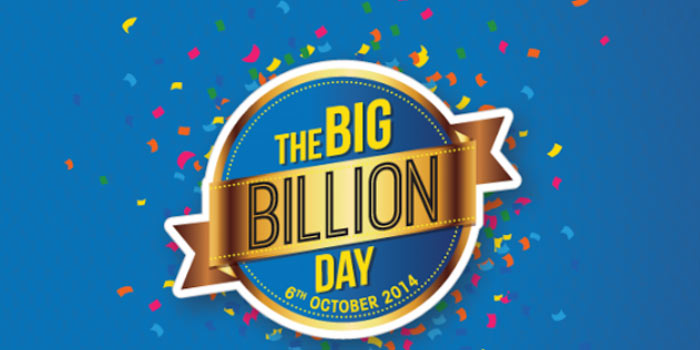 But we did not manage to complete purchase of the Nokia Lumia 925 which was going for Rs 925 even though it was in stock when we tried. Refreshing a page more than once showed the same product flickering in and out of availability. Slow loading time was obviously going to hit us and sure enough, it did take ages for several pages to open.

You maybe facing issues shopping on our site right now – sorry! We're fixing this as we speak and will be up and running in 15 mins!

The 24-hour Flipkart mega sale began at 8am on October 6 with goods from big names including those in CE such as Apple, Sony and Motorola, being put up for grabs. However, not everyone was impressed with the ‘Big Billion Day’ festivities and allegations of original prices being jacked up and displayed beside the discounted ones were flying around.

So are u ready for the big billion dhoka by @flipkart ?? Price of item increased to 5 fold n thn 80% discount! Pls RT pic.twitter.com/r7Rqxd9YRd

Apart from discounts, Flipkart customers were also being baited with exchange offers as well as cash back on payments processed through Citibank and Standard Chartered credit cards.