The Motorola Moto G third generation smartphone is not expected for another few months, but does Flipkart already have information on the device? It appears so as the ecommerce website recently listed the handset in question online along with a few details.

More than anything, it confirmed the existence of the Motorola Moto G third generation smartphone. But what’s interesting is that the handset was listed with 8GB of storage which is half of what the current model offers. We could be looking at multiple storage configurations for the device in order for it to achieve different price points. 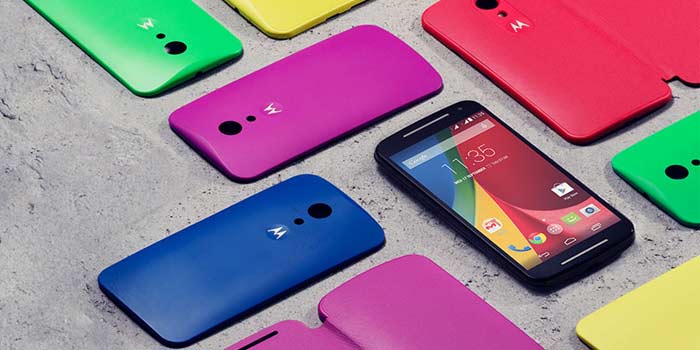 The Motorola handset also has the model number AP3560AD1K8 which is a dead-end for now. Flipkart even revealed that there will be a white version of the phone. That’s all we know for now, but previous leaks have offered a lot more information on what the device could come with.

As per Gadgetraid, the third generation Moto G will have an upgraded processor and display. There will be a 64-bit Snapdragon 610 SOC doing the heavy lifting and a 5 or 5.2-inch 1080p display delivering visuals. The phone will also have 2GB of RAM and 4G LTE connectivity.

Motorola is currently rolling out Android 5.1 to its smartphones and we’ve seen almost every device get a price cut in the past few weeks. Clearly, it has something new cooking, but we may have to wait until September to know exactly what’s in store apart from the 3rd gen Moto G.