We’ve known that the Xiaomi Redmi Note would be coming to India because we’ve been hearing about this for months and recently, the company’s VP of global operations named the country as the next market set to receive the handset. But we’re not being offered word on a definite release date as yet.

Well, since we’re at the end of the month, there’s a high chance that the Chinese giant will start December by offering the Xiaomi Redmi Note. The OEM usually holds flash sales on Tuesdays and it isn’t likely that it’ll make an exception for the phone. Also, the company doesn’t plan to offer multiple devices at the same time. 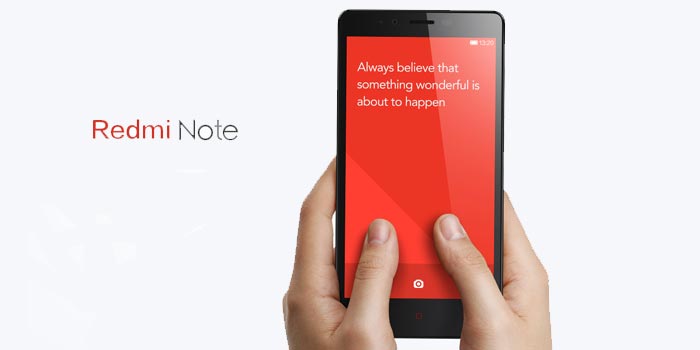 So this basically means that it’ll discontinue the Redmi 1S that’s been on sale for a couple of months now. This handset is scheduled to go up for grabs on November 25 and that could very well be its last time on the market.

Also read: Xiaomi is ‘definitely thinking’ about launching its own smartwatch

Xiaomi’s Facebook page is currently holding a contest through which winners can get hold of a free Note unit and this also suggests that the smartphone’s launch is just around the corner. The phablet runs on Android 4.2 Jelly Bean with the custom MIUI 5 interface. An update to KitKat is expected by the end of the year with the latest MIUI 6 enhancements.

It has certainly been a tiresome wait for the Xiaomi Redmi Note and if you’ve been hanging in there for this long, we recommend sticking around a bit more. Also, it looks like the company has hiked the phone’s price back to Rs 9999 after dropping it to Rs 8999 a few months back.