Home General Fancy a flying car like the one in Harry Potter? You’ll have...

If you plan to stick around by 2050, you may just be able to fly a car like the one in Harry Potter and the Chamber of Secrets, all thanks to myCopter. The last mentioned is a European project which has six research institutes across said continent working on a solution to the traffic problem which is only set to get worse as the years pass by.

So if teleporting (Muggle word for Apparating) from one place to another is not an option by 2050, you could probably hope to drive above the ground in your Personal Aerial Vehicle (PAV). The myCopter project has got itself some funding from the European Union’s Seventh Framework Program for research, technological development and demonstration. 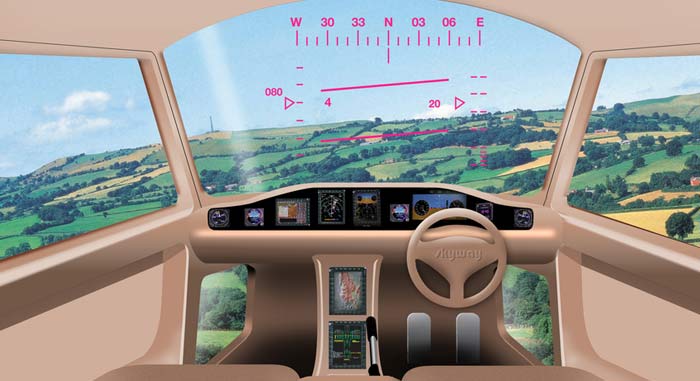 It envisions a future in which rising above the surface and flying from one destination to another won’t be an impossible concept. And you won’t have to worry about crashing into helicopters and airplanes when using such a vehicle. The idea is to deliver the best of ground- and air-based transportation with the personal air transport system (PATS) in place.

This means your ‘flying car’ will not be able to soar into the blue skies like a bird. Instead, you would be hovering in your vehicle at low altitudes in urban environments. Test models of handling dynamics for PAVs will be developed for unmanned aerial vehicles (like drones maybe), motion simulators and a manned helicopter.

Automation technologies for avoiding obstacles, path planning and formation flying will also need to be worked out. What’s more, the research institutions involved in myCopter will have to gauge the average human capacity for flying a PAV. In other words, it won’t be feasible to have idiots behind the wheel even in the year 2050.