When the eagerly anticipated Fallout 4 for PC is launched next month, Bethesda won’t ship the full game to buyers but will have them download part of it via Steam. This decision has been made with the intention of curbing piracy, according to Pete Hines who serves as VP of the gaming studio. Understandably, the news is bound to antagonize some fans since they may have chosen to get a physical copy to circumvent a slow or spotty internet connection.

Before this, Bethesda only required players to activate their titles via Steam. Fallout 4 is scheduled to be launched on November 10 for PC, PS4 and Xbox. The minimum system requirements for PC gamers include an Intel Core i5-2300 2.8GHz, AMD Phenom II X4 945 3GHz or equally powerful processor and the 64-bit Windows 7/8/10 OS. 8GB RAM, at least 30GB HDD space and a 2GB Nvidia GTX 550 Ti, 2GB AMD Radeon HD 7870 or similar graphics card will also be needed. 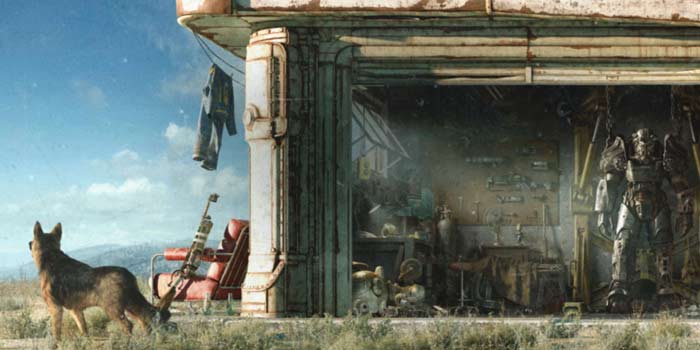 Fallout 4 is the fifth major installment in the popular series, and begins 200 years after a nuclear war. The player will emerge from an underground bunker called the Vault and engage in a string of quests, acquiring special abilities with experience along the way. A Pip-Boy edition of the offering will sell with a wearable device replicating the computerized wristwatch in the game, a Vault-Tec Perk Poster and a RobCo Industries stand.

Fallout 4 fans in India can pre-order it through this link. The PC version of the title costs Rs 2999, while it’s Rs 3999 for PS4 or Xbox One. A special Pip-Boy Edition will also be released at Rs 12999 for PC and PS4. The standard copy is pegged at $60 in the US, and a Season Pass for all the DLC Bethesda is due to roll out for the game, can be bought for $30.